Marvel Fighters: A Fighting Game From The Creators Of Mortal Kombat, Early Rumors 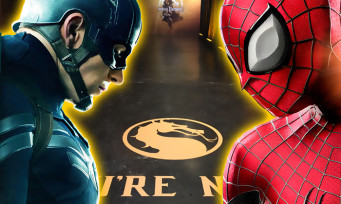 This is the exciting rumor of the moment, shared by insider Daniel Ritchmann who is not at his first attempt: NetherRealm, an iconic studio working on the successful Mortal Kombat franchise, is reportedly developing a new fighting game called Marvel Fighters. As its name suggests, it would oppose characters from the famous comic book house with, we imagine, as many superheroes as supervillains.

Ritchmann also declares that the title would be designed for the PS5, without mentioning any other platform and thus suggesting a possible exclusivity. A fact that comes as no surprise when you know that Sony and Marvel make one, and that NetherRealm had the original project of making Mortal Kombat X a PS3 exclusive before finally shaping it on PS4, Xbox One and PC.

Note that historically, this is not the first time that NetherRealm has touched the world of superheroes since it is behind the two episodes of Injustice, released respectively in 2013 and 2017, which featured all the characters of the competing stable of Marvel. Additionally, when PushSquare and GameInformer media asked Ed Boon, boss of NetherRealm and iconic Mortal Kombat figure, if a potential Marvel game could emerge, he responded. “that he probably shouldn’t talk about it”. Interesting, especially since it would compensate for the recent failure of Marvel vs. Capcom Infinite …