F1 2021: the game announced by Codemasters, the rumors were right 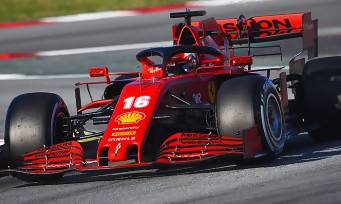 Last month, the italian site Aggiornamenti Lumia asserted without batting an eyelid that the formalization of F1 2021 was only a matter of time. Better, our colleagues claimed that the game would include, as the main novelty, a scripted mode baptized “Braking Point”. Well, they got it right, since Codemasters and Electronic Arts are announcing today that F1 2021 will indeed include “Breaking Point” mode. “Embark on an epic adventure with ‘Breaking Point’, our new story mode, can we read in the press release. Learn your skills in Formula 2, then try your luck in Formula 1 to become a legend. Establish yourself in the premier category of motorsport and lead the life of a star, on and off the track.

But that’s not all ! After his remarkable debut in F1 2019, the infamous Devon Butler is back. We’ll be revealing more about him and Breaking Point, our all-new Story Mode, in the coming weeks.“For the rest, everything had also leaked: the” Career “mode for two in competition or in cooperation, the” Beginning of Real Season “mode to take the season along the way with the current ranking, a greater place given to multiplayer , or the release date set for July 16.

Next-gen oublige, future F1 2021 owners on Xbox One and PS4 will benefit from a free update to switch to Xbox Series X, Xbox Series S and PS5. The game is now available for pre-order. “You will receive the Breaking Point Content Pack, an exclusive item set inspired by the fictional stars of our new Story Mode and 5,000 PitCoin“, is it mentioned.Digital Deluxe Edition (€ 74.99), it will contain seven classic F1 drivers (soon to be unveiled) for “My Stable”, three days early access, additional customization content, 18,000 PitCoins and the “Breaking Point” content pack.

Finally, and under certain conditions, there will be a way to recover without releasing one euro three new circuits (Portimão, Imola and Jeddah) after the release of F1 2021.