Call of Duty Vanguard: the challenges of the single-player campaign in a new trailer 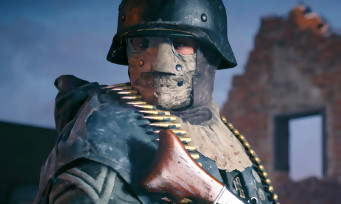 Casually, November 5 is approaching at full speed and Activision knows it very well. No wonder then to see a new trailer for Call of Duty Vanguard, which highlights its single player campaign. It is true that this will be one of the strengths of the FPS signed Sledgehammer Games since the competitor Battlefield 2042 will be devoid of it this year in order to offer a multiplayer experience only. In this new trailer for Call of Duty Vanguard, we are laid the foundations of this story that will take place in the heart of the Second World War, and we are also introduced to each of the protagonists who will form the Vanguard. These elite soldiers from all over the world (United States, England, Russia) are experts and together they must bring down the Third Reich. This campaign will make us travel, from the western front in Normandy, to North Africa, without forgetting the Pacific battles in the Midway Islands and the eastern front with the confrontation at Stalingrad. A classic. Call of Duty Vanguard is expected to release November 5 on PC, PS5, Xbox Series, PS4, and Xbox One.