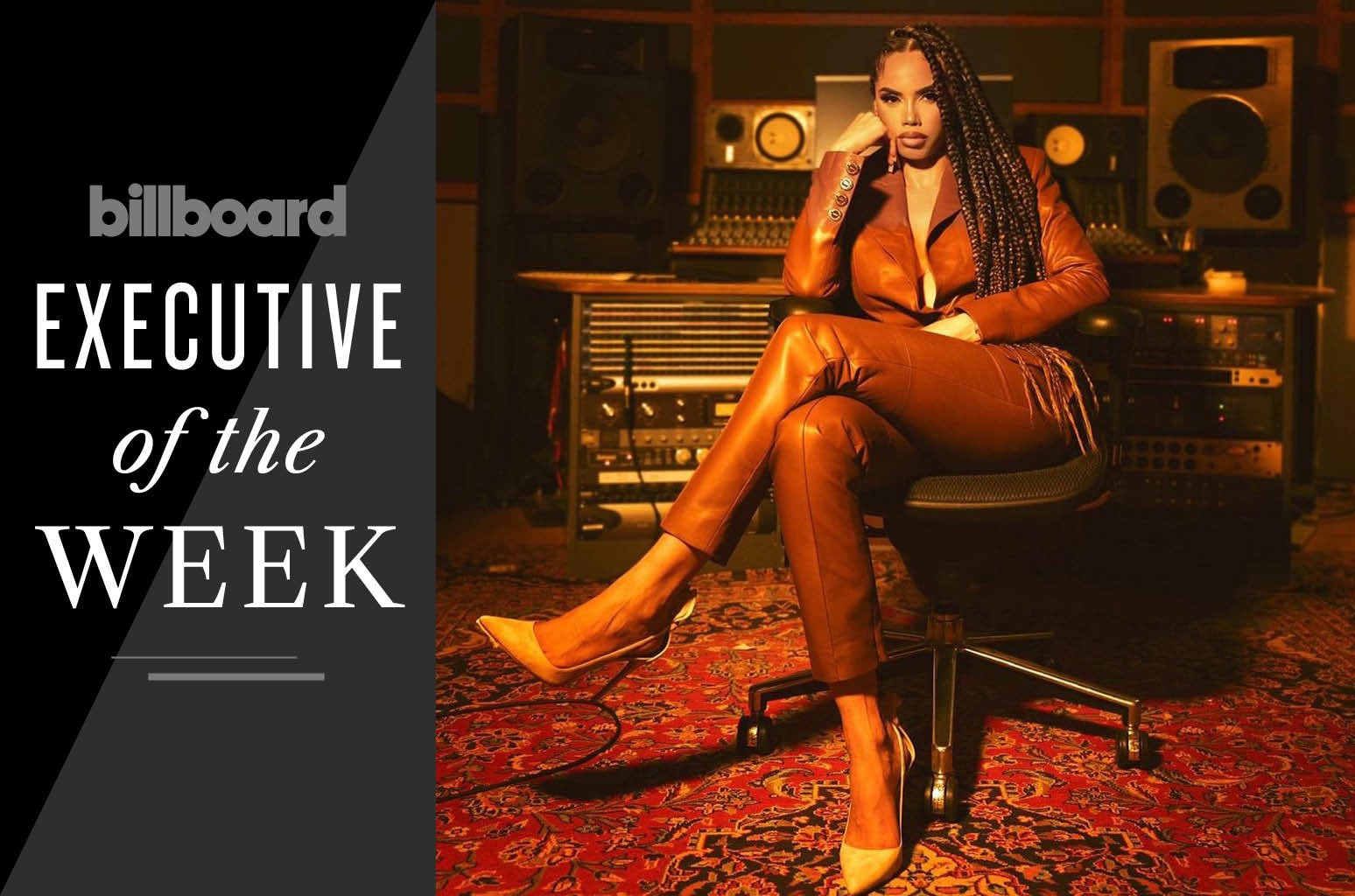 When Wizkid initially released his second major-label album on RCA, Made In Lagos, last September, it made a quick critical splash, riding its notable collaborations (Skepta, Damian Marley, Burna Boy, H.E.R., Ella Mai) and up-tempo, breezy vibe to the top half of the Billboard 200. But it was almost a year before the album truly caught on in the United States, buoyed by its surprise breakout hit, “Essence,” featuring rising Nigerian singer Tems, which has grown steadily in the past year until it finally reached the ears of Justin Bieber, who fell in love with the song and hopped on its remix, which was released in August.

While already making waves — former president Barack Obama included the original on his list of his favorite songs of 2020 last December — Bieber’s remix brought the song to a much wider audience and catapulted it up the charts. This week, “Essence” spends its second straight week at No. 1 on R&B/Hip-Hop Airplay and climbs to No. 1 on Hot R&B Songs, a significant feat for a year-old song in an era of music that is often focused solely on what’s new and what’s next. And the song’s success helps Wizkid’s manager Jada Pollock earn the title of Billboard’s Executive of the Week.

Here, Pollock talks about the song’s crossover success in the United States, the complexities of crafting the right rollout that kept the song so relevant for so long and how Wizkid’s sound is making a lasting impression on international audiences. “The album is truly a reflection of Wiz’s growth as both an artist and an individual,” she says. “There’s a real energy in the music that people are connecting with.”

Wizkid’s “Essence” has climbed to No. 1 on the Hot R&B Songs chart, and is in its second week atop R&B/Hip-Hop Airplay. What key decisions did you make in helping achieve that?

“Essence” continues to be a huge success story, especially Stateside. The original version on the album arrived last fall. The anticipation has grown organically with time; I wouldn’t say there were any specific plays or decisions that were made to achieve that. Wiz always wanted to do a video for the record before it started to grow. We pushed to make it happen and watched the record performance drive further on the Hot 100 chart each week and today we have a No. 1 song on urban radio in the U.S. I believe that all of this is a product of real music and infrastructure.

The song’s parent album, Made In Lagos, came out last October. How have you helped work this song to the point that it’s peaking on several charts now, almost a year later?

Made in Lagos is purely good music. It’s real and people are genuinely gravitating towards it, irrespective of space and time. There’s something in the album for everyone and every mood. It was crafted by a real musician. Crafting a rollout for an artist like Wiz is a tactful process because every move has to be intentional solely for him and the music. Nothing more. It forces us to really get creative and work on innovative plans with our partners. An example of this was the three-hour “Day in the Live” livestream that we did with YouTube Originals, which was the first of its kind.

The Justin Bieber remix super-charged the song’s run up the charts in the past few weeks. How did that come about and why was he the right artist for the remix?

Justin Bieber jumping on the track was organic; he genuinely had appreciation for the record and was very into the song, which is amazing. That was of the utmost importance to us before deciding to feature him on the remix. You can feel it in his verse. You can hear it. He sings genuinely with soul in his voice. I’m glad it was the music that naturally reconnected Wiz and Justin. I’d also like to give a special shoutout to my longtime partner and brother Mike G who helped pull this all together, and Tay James, Justin’s A&R, who first played him “Essence.”

Wizkid has been steadily making inroads Stateside over the past several years. What has been the strategy there, and how has it paid off this year?

During the pandemic, I think people needed to feel music that made them feel good and connect with uplifting lyrics and they found that with Made in Lagos. Wiz has been making incredible music for 10-plus years. His first global album with RCA, Sounds from the Other Side, was just an introduction to what was to come on Made In Lagos. We can always count on Wiz to deliver strong records that have the potential to shift the sound of his genre.

Why do you feel that this song in particular was the one that broke through for him?

I believe all of us have a higher purpose in life. We become better versions of ourselves the more we align with that purpose and people will always feel that. Music is so personal, and the more you make music that people can relate to, the bigger the push. This song in particular has a sound that makes you feel so good whenever you hear it. LegenduryBeatz and P2J, the producers of the record, did a great job blending the drums from Afroswing with the ’90s R&B melodies. The entire Made in Lagos album is a merging of different genres together — Afrobeat, reggae, R&B. The album is truly a reflection of Wiz’s growth as both an artist and an individual. There’s a real energy in the music that people are connecting with.

How can you build upon the success of this song, and what does it allow you to do moving forward?

The key decision that continues to pay off is the sound. It was amazing to witness this past weekend at Made In America. Justin Bieber fans sing “Essence” word for word. “Essence” is reaching a new audience and allowing Afrobeats as a whole to continue to expand globally.

How has the U.S.-based music industry’s newfound focus on Africa — with increased attention and resources from labels and streaming services, among others — helped artists like Wizkid further their careers?

It’s an all-hands-on-deck approach that’s ultimately going to continue taking the music and the business to higher heights. It’s nice to see the U.S. growing to appreciate African music. Afropop artists have put in the work over the years to get to this point of recognition. The diligence over the years has been impactful. The sounds coming out of the continent are some of the most real and captivating music the world has ever experienced. A big thank you goes to all the DSPs, labels, agencies, firms and individuals that are working to platform the African scene and effectively grow it. They all collectively go a long way in making our artists more successful at home and abroad.