Yuji Naka, do you know? This Japanese developer had his heyday in the 90s, when he led the Sonic Team at Sega. The happy man returns to us today with Balan Wonderworld, this time edited by Square Enix. This new production is also a platform game, just like the different episodes of Sonic or Nights into Dreams, it was quite logical to expect an additional hit. Alas, it’s a safe bet that this “wonderful” world will in reality not be unanimous at all. 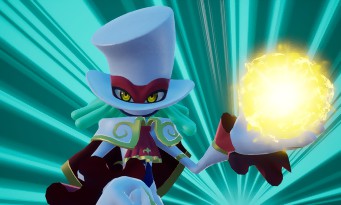 Before entering the wonderful world of Balan, the player must choose the character they wish to play as. It can be a boy (Leo Craig) or a girl (Emma Cole), each of which can be declined in four different “hair / skin color” combinations. The ensuing introductory cinematic, yet precomputed, has the good taste to take into account our selection. It is also very pleasing to the eye, just like the many other cinematic sequences that run through the adventure. The game is in fact available in twelve different chapters, each of which tells a specific little story, like a tale. Whether it is “The man who rises against the storm”, “The diver and the dolphin”, “The girl passionate about insects”, “The boy who wanted to be one with le vent “, from” The girl and the kitten “or even from” The lady who adores the birds “, each world is entitled to its small quality videos, as well as to a musical” happy end “once the local boss defeated. Indeed, Balan Wonderworld does not hesitate to play the musical comedy card to make his universe even more enchanting. This singularity works quite well and highlights the fictitious language used in these songs. 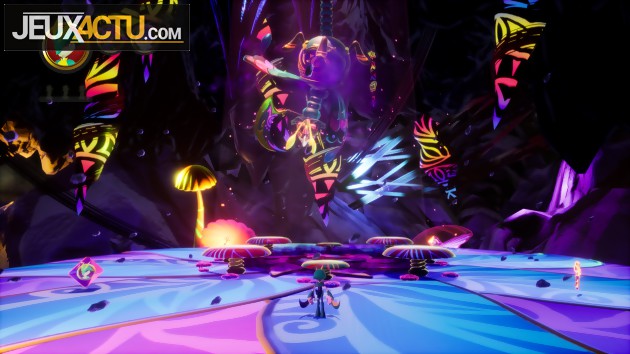 This is not the only peculiarity of the game, which offers gameplay articulated around a single action button! By default, this command allows you to jump, and therefore to cross certain platforms or to crush basic enemies. But the creator of Sonic was not born late, he obviously has something else to offer us. Each level contains a few costumes that you can put on to acquire a new skill. It can be an improved jump (long jump, swirling jump like the Tazmanian devil to destroy certain rocks, “groundbreaker” jump to drive in posts or destroy certain blocks), a single attack (spitting dragon flames) or combined with a jump (discharge of electricity from the “meduzap”), a new way of moving (on a bubble, through thin walls, by climbing on spider webs present in the sets) or even this or that variation of gameplay (gecko outfit to climb up to seeds, candle costume to light torches and burn wicks, cloudy sheep appearance to float on drafts, “minirouage” disguise to operate mechanisms, etc.). 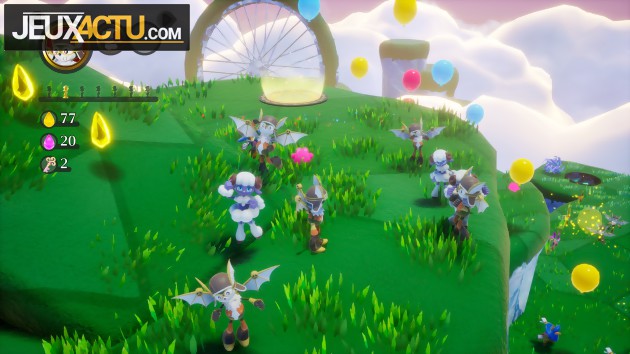 THE CLOTHES DO NOT MAKE THE MAN 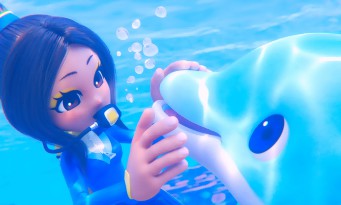 If this profusion of costumes is a guarantee of a certain variety, and even of a certain variety, we can all the same notice some redundancies in the lot. For example, being able to move around a bubble for a few moments is more or less a long jump mechanic. There was therefore material to be trimmed a little in the fat. Especially with more than 80 costumes on the counter, it is difficult to remember the effect of each outfit. This point is however essential because, a little like a Metroidvania, it is necessary to return regularly in the levels already completed, provided with costumes unlocked in later worlds, in order to be able to access areas previously unreachable. These comings and goings also seem a bit laborious. Conversely, the fights are too quickly dispatched. Hostile creatures that come our way most often die from the slightest hit, while it only takes two or three attacks to take down the bosses in each world. 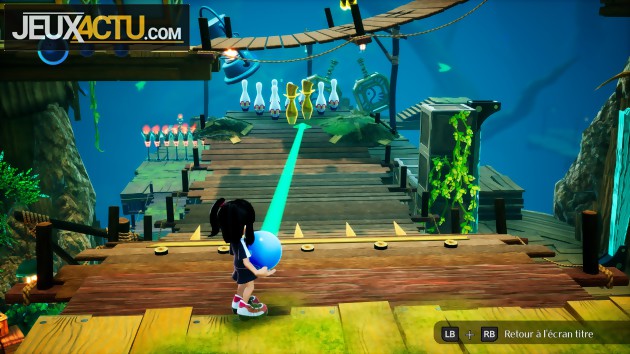 Exploration is therefore much more important than fighting, even if it should be noted that tougher enemies end up landing when one traverses the same level several times. Unfortunately, this exploration is complicated by a camera that makes its own when our hero is attached to a wall. It then becomes impossible to find a suitable angle to observe the surroundings. This flaw takes us straight back to the late 90s or early 2000s, just as the graphics will say gossip. It is true that the modeling of the decorations remains rather summary. In addition, the artistic direction very colorful and which goes a little in all directions can seduce as well as annoy. These dreamlike decors which sometimes distort or shelter oversized figures have their charm, but the graphic style also seems dated. It also regularly recalls that of Nights into Dreams, which dates all the same from 1996 … To top it off, Balan Wonderworld is tripping up when it comes to accessibility.

If the colorful graphics and the simplistic fights seem to aim the adventure at a young audience, the lack of explanations on certain concepts comes as to unnecessarily complicate the approach of the players. Whether it is the tower to be repaired in the central hub, the exact role of the different friendly creatures that we release (the reds help you attack, the roses bring back items …) or even the possibility to bring one of these “Tims” with us in the levels, everything is poorly explained. The game even allows itself to never inform the players of an essential feature: it is possible to draw from our reserve of costumes if we remain motionless for a few moments at a checkpoint. Knowing that it is necessary to wear a particular outfit to pass a particular section, this point clearly deserved to be taught to users. In the end it’s the whole game that seems a bit wobbly and a bit dated. Yet we feel that there is a soul and a real potential behind these various blunders. Patience and benevolence are therefore required before embarking on the adventure, which unfortunately most players may not appreciate. 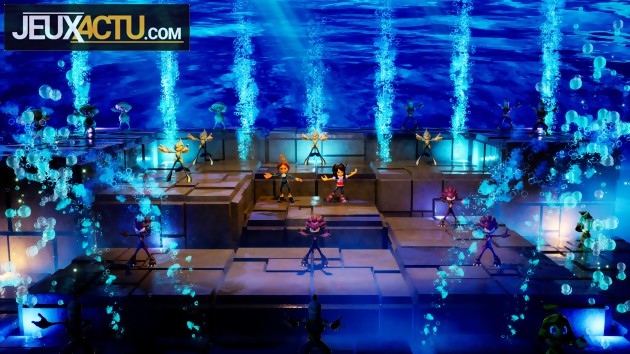