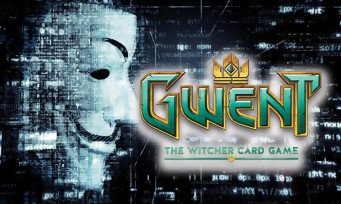 The threats of the hackers concerning the theft of data from CD Projekt Red a few days ago have been carried out. Indeed, following the refusal of the Polish studio to pay a ransom to recover their personal property, the pirates therefore proceeded to the sale of the source code of the game Gwent to begin with. The auction which started around 2 p.m., with a starting bid of one million dollars, ended fairly quickly since a fairly substantial offer was offered. Obviously, impossible to know the identity of this person who nevertheless undertakes to keep the exclusivity. We remind those who have missed the information in recent days that an intrusion into the heart of CD Projekt Red’s internal networks by an “unidentified actor” made it possible to recover confidential data, but also source codes. of several games: Gwent, The Witcher 3, Cyberpunk 2077, but also an “unmarketed” version of The Witcher 3, obviously the remaster version for PS5 and Xbox Series X | S. It’s unclear what the next step is for these malicious hackers, but one thing’s for sure, they look determined.