Zelda: Ocarina of Time and Majora’s Mask on Switch for the 35 years of the saga? 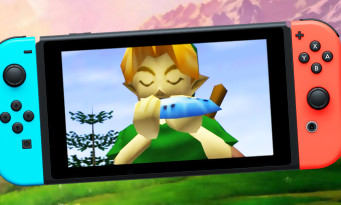 Nintendo has the knack of releasing ports that generate a monstrous hype at the right time. The latest example is none other than Super Mario 3D All-Stars, a compilation of three cult Super Mario for the 35 years of the Switch saga which has sold millions of copies without really pushing. History could repeat itself for The Legend of Zelda according to insider NateDrake, who had already been talked about for selling the existence of Skyward Sword HD long before its announcement: according to him, Big N has planned an HD port of Zelda Ocarina of Time and Zelda Majora’s Mask, two cult Nintendo 64 titles, on Switch for the franchise’s thirty-fifth anniversary.

Even better, these should be offered at the end of the year on the nomadic machine : however, the leaker admits that he does not know if these editions will include the small modernizations brought by the 3DS versions or if it will be a stupid and nasty port of the N64 editions (like Super Mario 64, for name only him).

The tradition being to take all this with a grain of salt, we will advise you only too well even if the whole of this rumor seems quite plausible. We will not fail to keep you informed on time, of course.