Undefeated: an open world Superman created by a single Japanese developer, the result is incredible 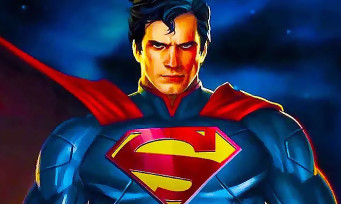 Despite the presence of 17 Superman games released so far, the Man of Steel has never had a video game adaptation worthy of his stature. There was indeed an attempt on the side of Rocksteady, but the studio preferred to deny it to avoid concerns with Warner Bros Games, the publisher having asked the creators of the Batman Arkham series to readjust their copy to make the game Suicide Squad announced last summer during the DC Fandome. Superman will therefore have an important role in the game, but nothing that can explode his full potential, knowing that he will not be a playable character. It is from this frustration that no game can pay homage to the incomparable powers of Clark Kent that a young Japanese game designer took on the challenge of offering his version of Superman in a video game. This is how the game Undefeated was born, available for download on Steam and which continues to be regularly updated to perhaps become a viable project in the years to come. Alone in the production of his game, the young student in game design was subsequently joined by two other people, in order to lend him a hand for certain sequences, especially combat.

Undefeated is therefore akin to an imitation Superman in open world, our hero being able to move wherever he wants, whether on foot or in the air. However, it will be observed that the character does not have the official Superman costume, all this to avoid legal proceedings by the beneficiaries who would see this project as a possible threat. No red and white costume or cape to give him the perfect Man of Steel look, our main character nevertheless has all of its powers, such as the laser beams that come out of the eyes, superhuman strength and the ability to fly of course. In order to have the best tools to make the game credible, our young talent in game design called on Unreal Engine 4, which allows him to take advantage of destructible elements. It’s simple, apart from the buildings in the city, everything can explode.

Where Undefeated scores points is in understanding the universe in which this imitation Superman evolves, with gameplay that is also well-studied to be punchy in the air and relevant on foot. Superman can indeed move extremely quickly on the ground, and eliminate enemies in a way as varied as it is powerful, in order to transcribe all the strength that lies dormant in him. In the air, the fighting takes on the explosive spirit of Zack Snyder’s man of Steel film, with the ability to strike enemies while moving at breakneck speed. We pursue our attacker, while inflicting on him what we call fairground potatoes. Better, just to go a little further in the delirium and in the Dragon Ball tribute (assumed legacy of the film Man of Steel), the character of Undefeated can also perform kamehame. We let you judge for yourself.