Uncharted: Legacy Of Thieves Collection Brings A Thief’s End And The Lost Legacy To PS5 And PC 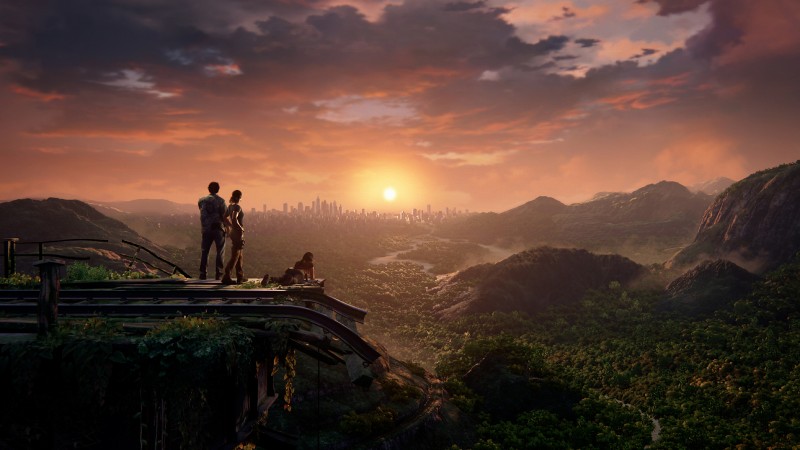 Uncharted 4: A Thief’s End and Uncharted: The Lost Legacy are coming to PlayStation 5 in one package. That bundle, dubbed Uncharted: Legacy of Thieves Collection, remasters the final two Uncharted adventures to give fans and newcomers the most impressive versions of both titles.

The trailer bills the collection as a remaster but doesn’t list any specific improvements. One would imagine 60 fps/4K resolution per the usual improvements for current-gen remasters.

Uncharted 4: A Thief’s End launched in 2016 and served as a critically lauded send-off for Nathan Drake. The game centers around the now-retired explorer embarking on one last mission at the behest of his long-lost brother, Sam. In our review, we scored the game a 9.5 out of 10 with Game Informer editor-in-chief Andrew Reiner declaring it “the best Uncharted yet, delivering a story I didn’t want to end, and an adventure that concludes with a hell of a payoff.”

Uncharted: The Lost Legacy arrived in 2017 as a smaller standalone expansion that starred supporting character Chloe Frazer and former antagonist Nadine Ross teaming up in India to find the legendary tusk of Ganesh. The pairing paid off, earning a 9 out of 10 from us with reviewer Andrew Reiner saying “Lost Legacy could have easily been Uncharted 5. Where Naughty Dog goes next is anyone’s guess, but I would love to see Chloe and Nadine return for another hunt, as they’re every bit as engaging as the Drake family. They make a hell of a team.”

Uncharted: Legacy of Thieves launches in early 2022 for PS5 and PC. This marks the first time the series has appeared outside of Sony platforms and continues Sony’s initiative of bringing its first-party exclusives to PC.

Will you be diving into these games for the first time or taking more trip with Nathan and Chloe? Let us know in the comments!