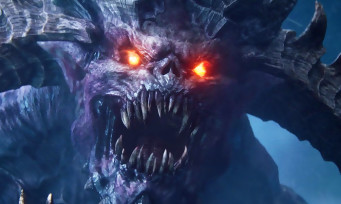 The partnership between SEGA and The Creative Assembly is far from over since the two companies have just announced the game Total War Warhammer III which offers at the same time a trailer in cinematic beauty to die for. on the ground. Lasting 3 “09 min, this video allows you to set the context and identify the important characters of this new episode. We will tread the mysterious Eastern Territories, but also the Kingdoms of Chaos infested with demons. developers promise new races from the Games Workshop license lore, not to mention the Chaos factions (Khorne, Nurgle, Slaanesh and Tzeentch). The press release allows us to learn that it will be possible to choose between saving a dying god or harnessing his powers, knowing that each race offers the possibility of taking a different path in the nightmarish Realm of Chaos. Small detail that is important before you leave: Total War Warhammer III will be available at the same time on Steam and on the Epic Games Store, with a date set around September 2021, according to the Steam page.