The Secret Door Of Demon's Souls Has Been Solved 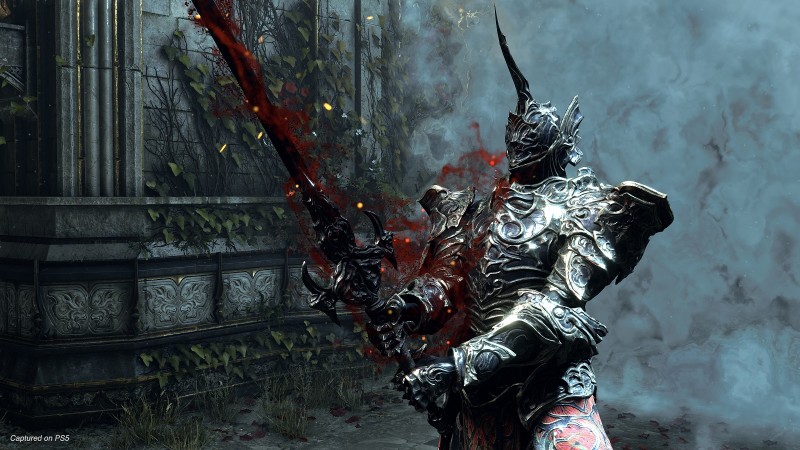 Several days ago, the Souls community started diving deep into Bluepoint’s PlayStation 5 Demon’s Souls remake to find out what lay beyond a new hidden door. Nestled in 1-3, an illusory wall gave way to a door. A locked door. Today, Twitch streamer Distortion2 is believed to be the first to have unlocked the door and discovered what’s beyond. It’s a totally cool set of armor, the Penetrator’s Armor set. The Penetrator is a boss in Demon’s Souls and he has very stylish armor, so picking this up is for the most extreme Demon’s Souls fashion experts, especially since it takes quite a bit of work to do it.

We solved the mystery of the hidden door! Thanks for making such a great secret to get all the community involved @bluepointgames Was awesome looking for the coins in SOTC Remake and again in Demon’s Souls Remake 😀 pic.twitter.com/gNpozqEztJ

While the entire community was out in force for several days trying to figure out the secret (check this Reddit thread, people were trying everything!), the callback to Bluepoint’s previous remake, Shadow of the Colossus, was the clue that eventually put detectives on the right track. In Shadow, players need to collect a bunch of coins to unlock the secret. The same is true here in Demon’s Souls, where an item called Ceramic Coins can be found in Fractured Mode (Mirrored stages) under pure white or black world tendencies.

They’re in the same place every time if you can meet the criteria to find them, and you’ll probably need to complete several stages of New Game+ in order to unlock it, as Distortion allegedly traded in 30 Ceramic Coins to the crow to procure the critical item, a Rusty Key. We’re not exactly sure how many Ceramic Coins are needed precisely, but 30 was the magic number for this big first time.

And with this, the mystery is over. No more guessing if it’s a Bloodborne threaded cane or saw. No more dreams of the sixth Archstone somehow coming to life beyond the door. Bluepoint’s trend of remake secrets will likely continue. Frankly, I’m surprised this one lasted even more than a day given how voracious the Souls community is with tackling mysteries, but it was kind of complex! Congrats to Distortion2 on the world first discovery!