Test Back 4 Blood: the game is doing quite well, an improved Left 4 Dead, here are the ratings in the world 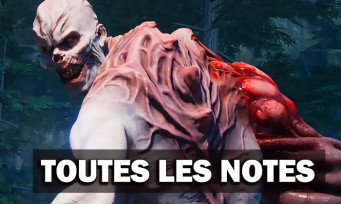 That’s it, after 2 years of teasing, Black 4 Blood has finally arrived in stores, with this furious desire to return to success. It is true that since Left 4 Dead, the Turtle Rock studio had struggled to convince again. Of course, there was Evolve which was a very interesting project, with this concept of asymmetric gameplay, but the game never found its audience. It was 2015 and the studio struggled to find each other. It is also with Warner Bros Games that Turtle Rock Studios had the strength to offer us their Black 4 Blood, which takes the structure and game mechanics of its illustrated spiritual elder, namely Left 4 Dead. As of this writing, a dozen specialized media have delivered their verdict, and on Metacritic, the game is currently achieving the median rating of 79% in its PS5 version and Pc. The opinions are more or less the same, with this satisfying feeling of finding an old license, but in a different setting. Come on, without further ado, here are the marks obtained: