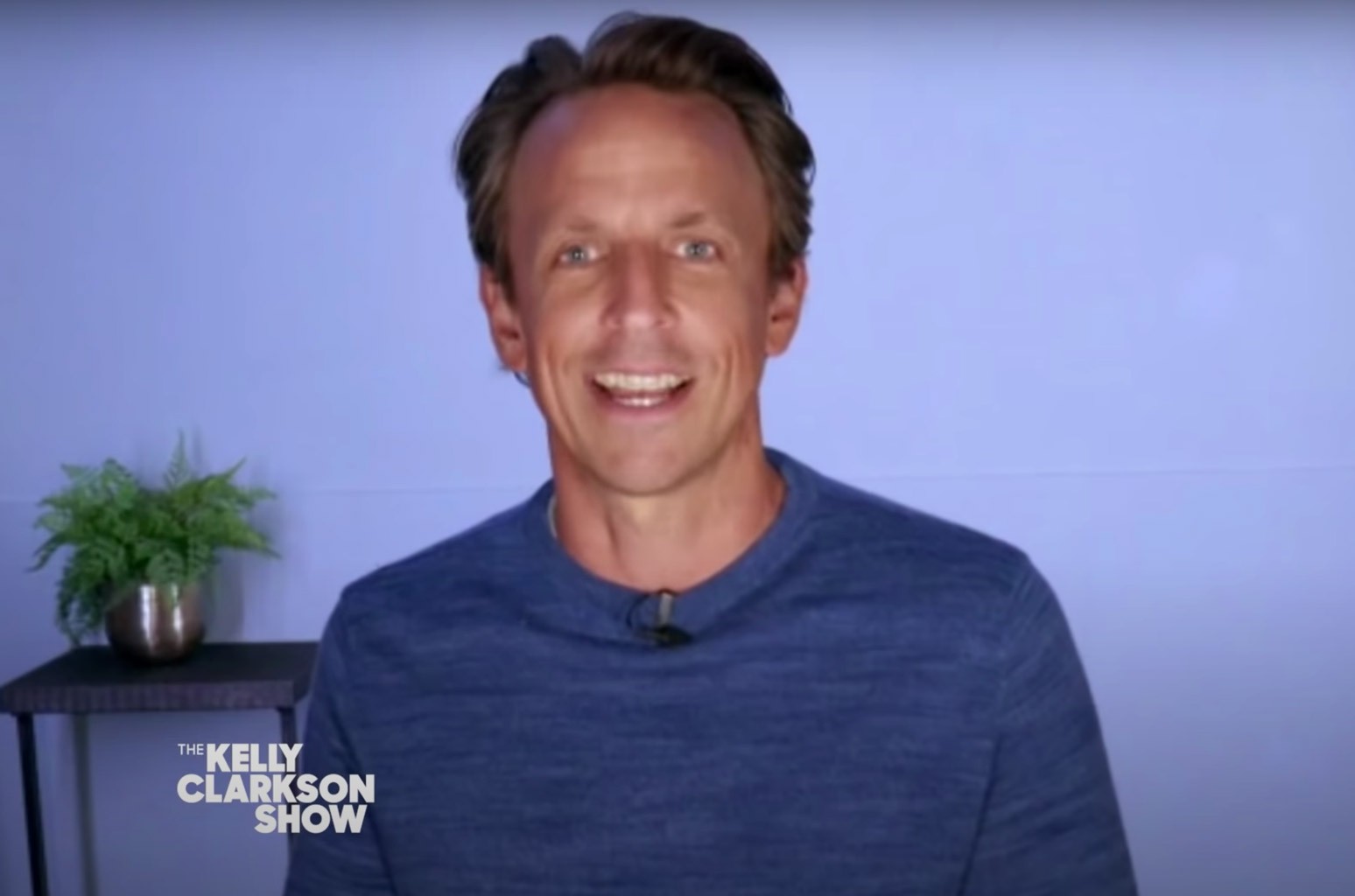 Seth Meyers has stories from what seems to be one of the most epic parties in Hollywood history, but the one thing he can’t ever live down was how he blew it with Beyoncé.

The late-night talk-show host flipped seats and was a guest on Kelly Clarkson‘s daytime talk show on Wednesday (June 2) to talk about Saturday Night Live‘s 40th anniversary party in 2015, which Clarkson noted has been discussed by many of her A-list guests as a “you had to be there” type of party.

“It was the party that only exists in works of fiction,” he started recalling before depicting his and his wife’s struggle to get through the crowd while none other than Prince was performing on stage. “It was so densely packed. And I was doing the ‘Excuse me’ and then just my face came, like, this close to Beyoncé.”

He continued, “Our eyes met, and I just was like, ‘Pretty cool party, right?’ And she said, ‘Yeah.’ And then we just kept going, like, the momentum took us away. And then my wife said, ‘Wow, you really killed that interaction.'”

Artists’ spontaneous interactions with Beyoncé always go down in history, and one was lately recreated on television when Netflix’s Selena: The Series depicted the pop superstar’s starstruck encounter with Selena Quintanilla at The Galleria mall in Houston, Texas. Back in March, Benny Blanco told “the craziest story” about how he accidentally kissed Queen Bey in front of Jay-Z.

Watch Meyers tell his story of their awkward encounter below.