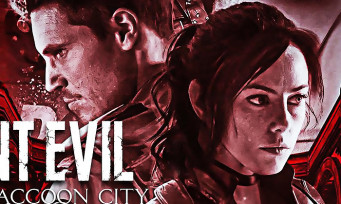 While Resident Evil: Welcome to Raccoon City was supposed to hit theaters on September 3, Deadline indicates that Sony Pictures has chosen to postpone the festivities to November 24. Given that the information has not yet been formalized, the reasons for this postponement are still unknown. However, we can imagine that COVID-19 is no stranger to this decision. In addition, avoiding a face to face with Shang-Chi and the Legend of the Ten Rings from Marvel Studios (also scheduled for September 3) should not necessarily displease Capcom and Sony Pictures.

For those who are not aware, we remind that Resident Evil: Welcome to Raccoon City is a reboot that will take place during the events of Resident Evil and Resident Evil 2. Directed by Johannes Roberts (47 Meters Down,The Door) and written by Greg Russo (who also takes care of the film Mortal Kombat), it will direct Robbie Amell (Chris Redfield), Avan Jogia (Leon S. Kennedy), Kaya Scodelario (Claire Redfield), Hannah John-Kamen (Jill Valentine), Tom Hopper (Albert Wesker), or Lily Gao ( Ada Wong).

Let’s not forget that on the Netflix side, it also prepares Resident Evil: Infinite Darkness, a CGI series in which we will find Stephanie Panisello and Nick Apostolides, the two actors who respectively provided the capture performance of Claire Redfield and Leon S. Kennedy in the remake of Resident Evil 2. Until further notice, it’s also scheduled for 2021, as is Resident Evil Village, which is scheduled for release on May 7 on consoles, PC and Stadia.