Quantic Dream: accused of toxic culture in 2018, the French studio wins its trial 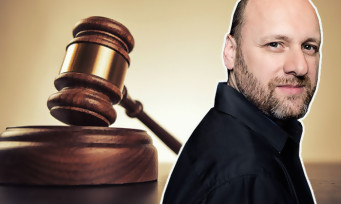 It was three years ago, in January 2018 to be precise, the French studio Quantic Dream was the subject of simultaneous accusations by three major media (Le Monde, Mediapart, Canard PC) which described the company as having inappropriate behavior. , in particular giving off a so-called “toxic” corporate culture. The studio behind great games such as Heavy Rain, Beyond Two Souls or even Detroit Become Human had strongly defended itself at the time, and explained that it had taken the appropriate sanctions concerning internal photo-montages that had the trigger for this whole affair. We also remember that a former employee (the head of the IT studio at the time) had seized the Labor Council on this subject, claiming the sum of € 114,000 in damages. Request which had also been rejected at the end of 2019, requiring Quantic Dream to pay compensation of 5,000 € for “safety obligation”.

However, the trial was suspended at the end of 2019 for multiple reasons, postponing the court’s decision for several years. It was finally necessary to wait until April 7, 2021 for the Court of Appeal to finally deliver its verdict, dismissing the complainant of all of these requests, who is finally ordered to pay a large sum to Quantic Dream.

On April 7, 2021, the Paris Court of Appeal issued a new court decision, which again establishes very clearly the facts and responsibilities in this case, dismissing the complainant of all of his claims. This decision completes the 4 previous judgments, which already invalidated the 2018 investigations:

The absence of a “toxic” atmosphere or of any discrimination in the studio had already been expressed without
ambiguity by the Employee representatives from January 2018. Many employees and former employees have also expressed
expressed on social networks and in the press to deny these accusations.

• Three judgments handed down by the Paris Labor Council on January 19, 2018 (2 judgments) and November 21, 2019 initially confirmed, indisputably, that no “toxic” atmosphere reigned in the company , that no fact of discrimination of any kind was noted, and that the management had immediately taken the necessary measures, the very day it became aware of certain problematic photomontages.

Two rulings of the Paris Court of Appeal of September 22, 2020 and April 7, 2021 once again highlighted all these points. The last judgment handed down on April 7 dismisses the employee of all his claims, ordering him to pay significant damages to Quantic Dream. Finally, this last judgment does not find any fault in terms of security on the part of Quantic Dream.

• Two previous judgments handed down on January 19, 2018 by the Paris industrial tribunal also pointed to an opportunistic “windfall effect”, ex-employees who tried to “cash in” an incident to obtain financial compensation. All were perfectly satisfied with the atmosphere in the company, as recalled in the judgment of April 7, 2021 based on the complainant’s own writings.

Quantic Dream also clarified that many people took advantage of this controversy to fuel hatred towards the studio with the aim of damaging the reputation of the studio. Some of these malicious people had done so through false identities and slanderous testimonies. Since then, however, the studio has continued to expand, with in particular a regained independence thanks to the entry into the capital of the Chinese NetEase (up to 100 million euros), which allowed the studio to become a separate publisher. whole, but also a talent scout from independent studios. Recently, Quantic Dream opened a second studio in Montreal, but also announced a publishing partnership with Parallel Studio for the development of a new narrative game.