PS5: stocks will be back very soon at some resellers, we take stock of restocking 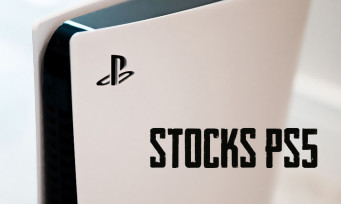 We are entering the third month of the PS5’s existence, but Sony’s new console remains a pipe dream for some. But it may well be that further restocking will be effective in the coming weeks. If Sony has promised large-scale stocks from spring 2021, at some dealers, we manage to get our hands on small quantities of PS5. This is the case of Carrefour which should receive a pallet of 792 PlayStation 5 consoles from January 18. It is our colleagues from Hitek who unveil this information, knowing that among these 792 PS5, 96 could be intended to be put on sale on the official site of Carrefour. Better, a total of 48 PS5 in digital version should also be marketed in the wake, still according to the Hitek site.

Amazon should also benefit from new quantities, 6,636 PS5 consoles for Germany, against 600 machines for Amazon France. Information which would come from employees of the famous merchant site who started to register the orders online. Of course, no one is immune to bot and scalper techniques, and it is hoped that improving health conditions in Asia can allow machinery production to resume on a massive scale. We suggest that you remain vigilant about the announcements of Carrefour in the coming hours, the famous reseller could well appear soon.