Nintendo 64: an abandoned game is now playable, it is the ancestor of StarFox Adventures 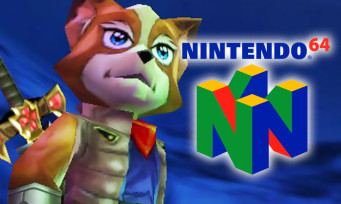 This Sunday, February 21, 2021, Nintendo celebrated the 35th anniversary of The Legend of Zelda license, another cult saga created by Shigeru Miyamoto, just one year after having shaped Mario, his mustached plumber. As such, many people have paid tribute to the series through memories and some have even had fun listing their favorite episodes, especially on Twitter. But these 35 Zelda springs to blow away also allowed Forest of Illusion (video game historians who are committed to preserving as much as possible the heritage left by video games over time) to bring out a completely playable version of Dinosaur Planet, a game never released but which was at the time developed on Nintendo 64 and was none other than the ancestor of StarFox Adventures which will eventually be released on GameCube in 2002. Jointly developed between Nintendo and Rare, the title is now available to anyone through a fully playable demo, even if there are still a few technical hiccups.

Today we have released Dinosaur Planet by Rare for Nintendo 64. The development was halted and moved to the GameCube, where it was then released as Star Fox Adventures. Enjoy! (More info in this thread).

But before this version of the N64 game is available to everyone, you should know that Forest of Illusion first bought a CD copy of the game from a Swedish collector and according to the files contained in the disc, the The last changes to the game were made on December 1, 2000, 21 years ago and two years before StarFox Adventures’ release on GameCube. On Twitter, Forest of Illusion explains that this Dinosaur Planet does not run correctly on the emulators available on the net, and that it is necessary to carry out hacking manipulations to make it fully operational. Know for the little anecdote that this Dinosaur Planet had no vocation to become the StarFox Adventures that we know. It is indeed thanks to Shigeru Miyamoto that the game was diverted to make an episode linked to the StarFox series. Even if it is still difficult not to see the ties of kinship with the character of Fox McCloud …