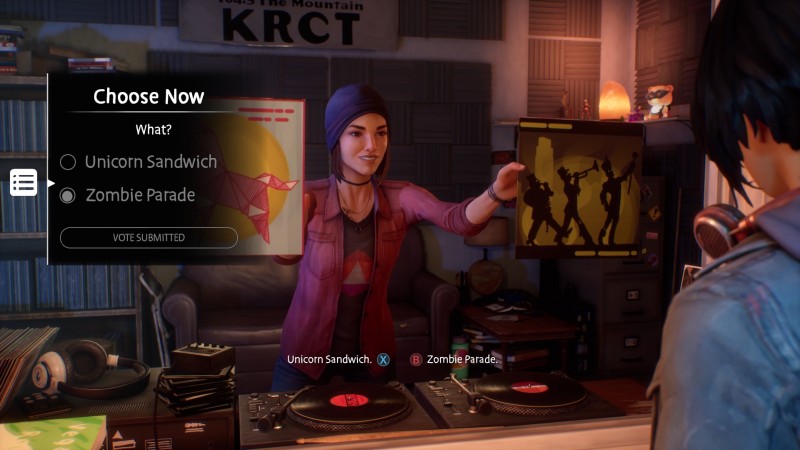 Like its predecessors, Life is Strange: True Colors is all about making tough, sometimes gut-wrenching decisions that can lead to a variety of consequences. Determining how to handle delicate interactions can be nerve-wracking when you’re doing it alone, but what if you left that decision-making up to a mass audience? If you plan to stream the game on Twitch when it launches later this week, a new extension allows you to do just that.

Crowd Choice allows viewers to vote on how Alex wields her empathy-based powers with two options. Suggestion mode gives streamers a heads-up on where the audience is leaning without giving them direct control. That way, the broadcaster can take the temperature of the crowd and either go with the masses or go their own way. The other option, Full Democracy, is exactly what it sounds like. Toggling this mode means the majority vote automatically decides every big moment, for better or worse. 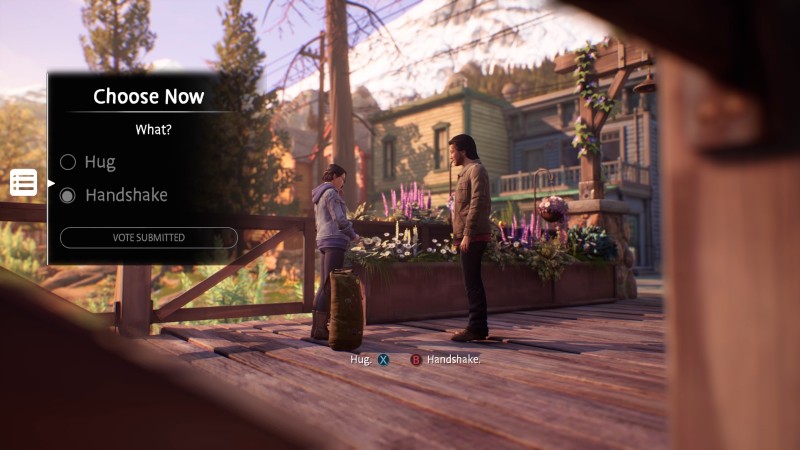 You can download the extension now by clicking here. The app, published by Square Enix, was not developed solely for Life is Strange: True Colors and will seemingly work with other choice-driven titles published under their umbrella. Hopefully, that means players can vote in previous Life is Strange games or titles such as Deus Ex.

While streamers have always conducted more informal polling methods for letting the audience choose in choice-driven games, it’s cool to have a built-in method of doing so. Having the crowd steer the ship into either smooth seas or a narrative hurricane sounds fun in a chaotic sense and provides another reason to revisit an already inherently replayable adventure.

To see the game’s choice-making in action, watch us make the tough calls in this episode of New Gameplay Today. You can also read this opinion piece on why the game’s focus on empathy matters in today’s climate.