E3 2021: the dates of the digital edition are known, Sony and Electronic Arts are apart 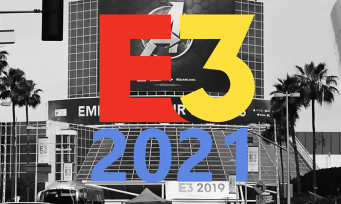 E3 2021 will therefore take place from June 12 to 15. It is the ESA which announces it by means of an official press release, recalling that the edition of this year will take place exclusively online, health context obliges. Yes, the last days, our colleagues from Video Games Chronicle suggested that a paid formula was being studied, the organizers are announcing it bluntly: the festivities will be accessible free of charge.

Moreover, on the side of industry players, “Nintendo, Xbox, Capcom, Konami, Ubisoft, Take-Two Interactive, Warner Bros. Games and Koch Media“have already made it known that they will be present. As one might expect, Sony Interactive Entertainment and Electronic Arts have decided to separate themselves. The same goes for SEGA, Activision Blizzard, Bandai Namco Entertainment or even Square Enix which do not appear not in the list of participants either.

If one suspects that the traditional conferences and other live demos will be appropriate, one wonders what ESA intends to propose so that this digital version is successful. Offer players to download trial versions from home, for example? Still according to Video Games Chronicle, a merger between ESA and NVIDIA with this in mind. Since we are promised more details soon, we just have to wait.