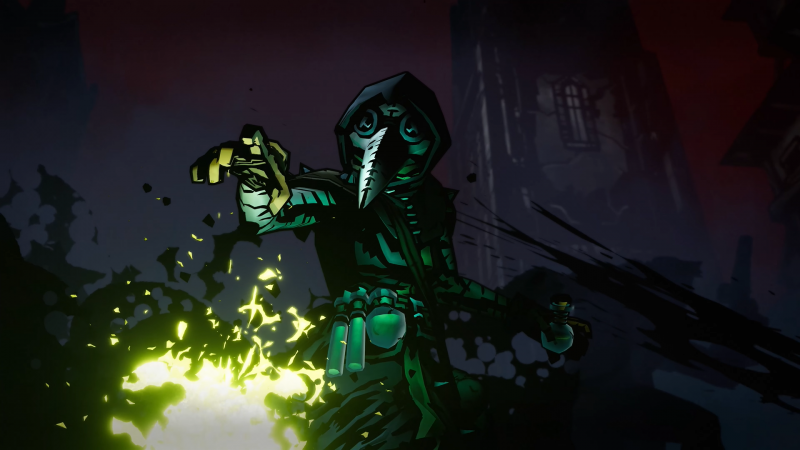 Prepare for your party the horrors and agony that await you in the early access release of Darkest Dungeon 2. A tweet from the Darkest Dungeon devs at Red Hook Studios has confirmed the in-progress build will hit the Epic Games Store on October 26, just in time for arguably the spookiest holiday of the year.

With a change to a roguelite format, Darkest Dungeon 2 will take place on repeated runs through the game. Our PC Editor, Dan Tack, does some great table setting to this sequel, which just so happens to be the intro to a feature he wrote previewing the game and revealing a new character, The Runaway:

Darkest Dungeon 2 isn’t content to live in the shadow of the hamlet from the first game. Instead of continuing with the town-building aspects and dungeon crawling of the original game, Darkest Dungeon 2 puts players on a doomed caravan ride into cursed biomes crawling with unbridled decadence. With the stakes as high as the world coming to an end, environments that were hanging on by a thread have spiraled into madness, embracing the worst elements of themselves that were always hidden away. As you ride through the world with a hand-picked crew of adventurers, death and despair are always lurking right around the corner. The same great turn-based combat and stylish gothic look of the first game return, but with constant decisions to make around every corner of each run.

You can read the full feature right here, or in issue 338 of Game Informer Magazine. Those looking forward to Darkest Dungeon 2 can wishlist it now on the Epic Game Store.

Which characters would you take with you into the darkest of dungeons? Do the changes coming to this sequel excite you? Let us know in the comments.