Cult of the Lamb: the release date announced during the Devolver Direct, a bonus trailer 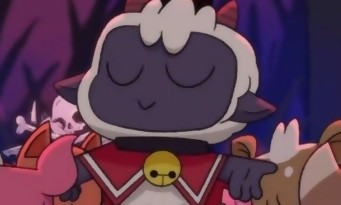 As expected, tonight’s Devolver Direct 2022 was the opportunity to learn that Cult of the Lamb will be released on August 11 on Xbox Series X, Xbox Series S, Xbox One, PS5, PS4, PC and Nintendo Switch. For those who have never heard of the Massive Monster game, we remind you that it will ask the player to embody a lamb saved from the slaughterhouse at the last moment by a stranger. In return, the beast must pay its debt by establishing a cult of worshipers singing the praises of his savior.

It will be necessary to watch out for false prophets while spreading the good word through the four regions of the game in order to make our community prosper. “Purify disbelievers, spread enlightenment and perform mystical ritualswe are told in the press release. So perhaps you will become the almighty lamb-god.“With its randomly generated levels and the need to recover resources to build new structures, there is no doubt that Cult of the Lamb will interest fans of games that combine both management and strategy.

Get the Razer Iskur X video gaming chair for a record-equalling most affordable ever before value today
27.06.2022 17:32

Fortnite Starter Pack, the Fortnite Rogue Alias Pack is the very best bargain you can enter the game
27.06.2022 17:46