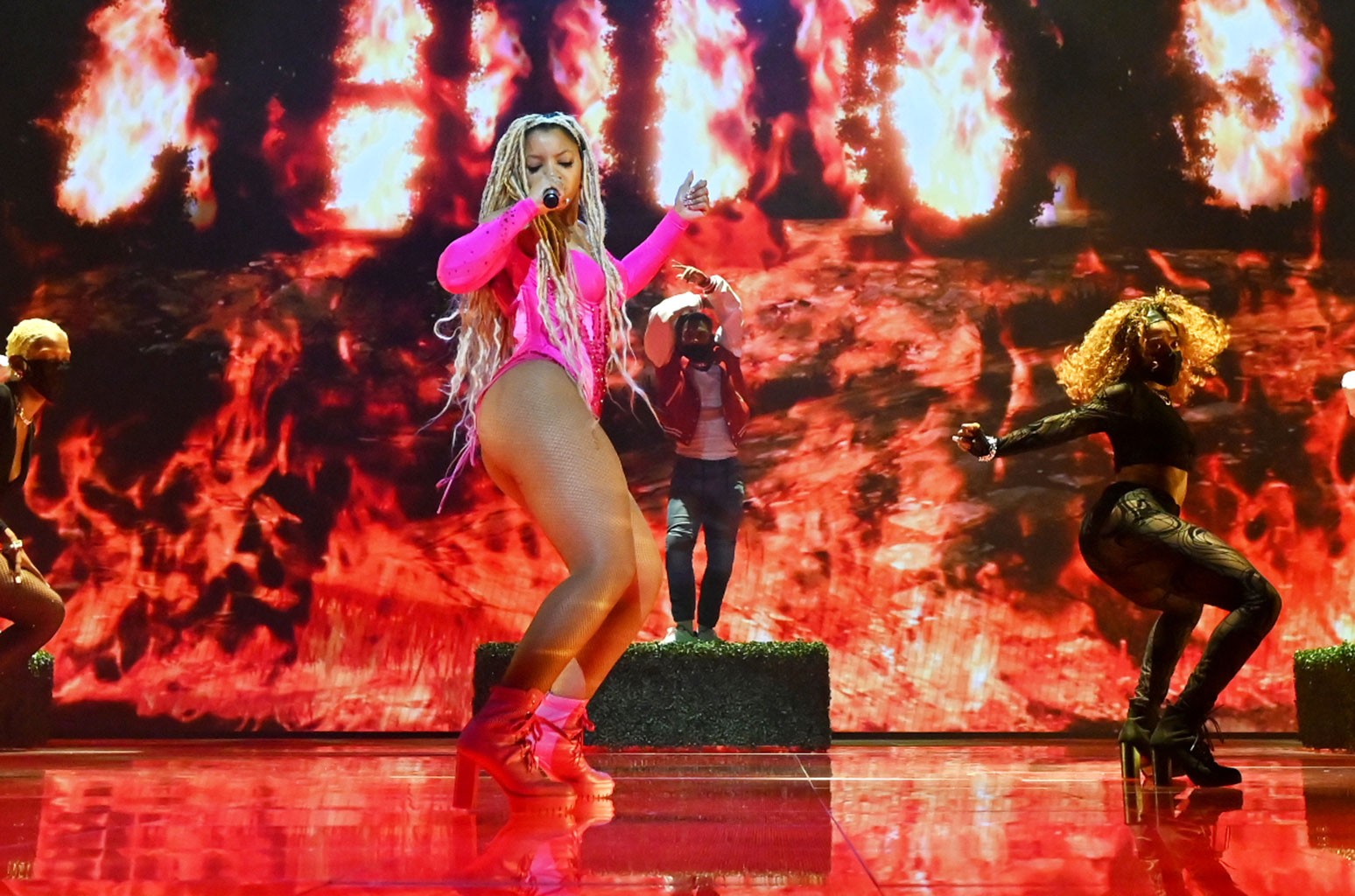 Halloween has arrived more than a month early, and fans have Chlöe to thank for it. The singer took the stage at the 2021 MTV Video Music Awards on Sunday (Sept. 12) to give her first live performance of her brand new solo single, “Have Mercy,” and looked to horror movies as an inspiration for her stage concept.

Before officially launching into “Have Mercy,” Chlöe started off with a dramatically different version of the song, complete with villainous strings leading the backing track. The rest of the performance was similarly cinematic, with the singer participating in explosive choreography with her background dancers who turned into zombies and went back to their graves by the end.

Chlöe’s “Have Mercy” — which was released on Friday (Sept. 10) — serves as an official look into her debut album as a solo artist. The singer told Billboard, “I feel pressure with making myself proud and making sure that I’m saying and singing the things that I want to say and sing,” she shared. “I’m not going to lie [and say] that it doesn’t go through my mind, like, ‘I hope people like this sound from me, because it’s different from what me and my sister do together.’ Other than that, as long as I’m walking in my light and my purpose, I’m OK.”

Chlöe’s performance is one of many at the MTV Video Music Awards this year. The network celebrated its 40th anniversary, and Doja Cat hosted the event.