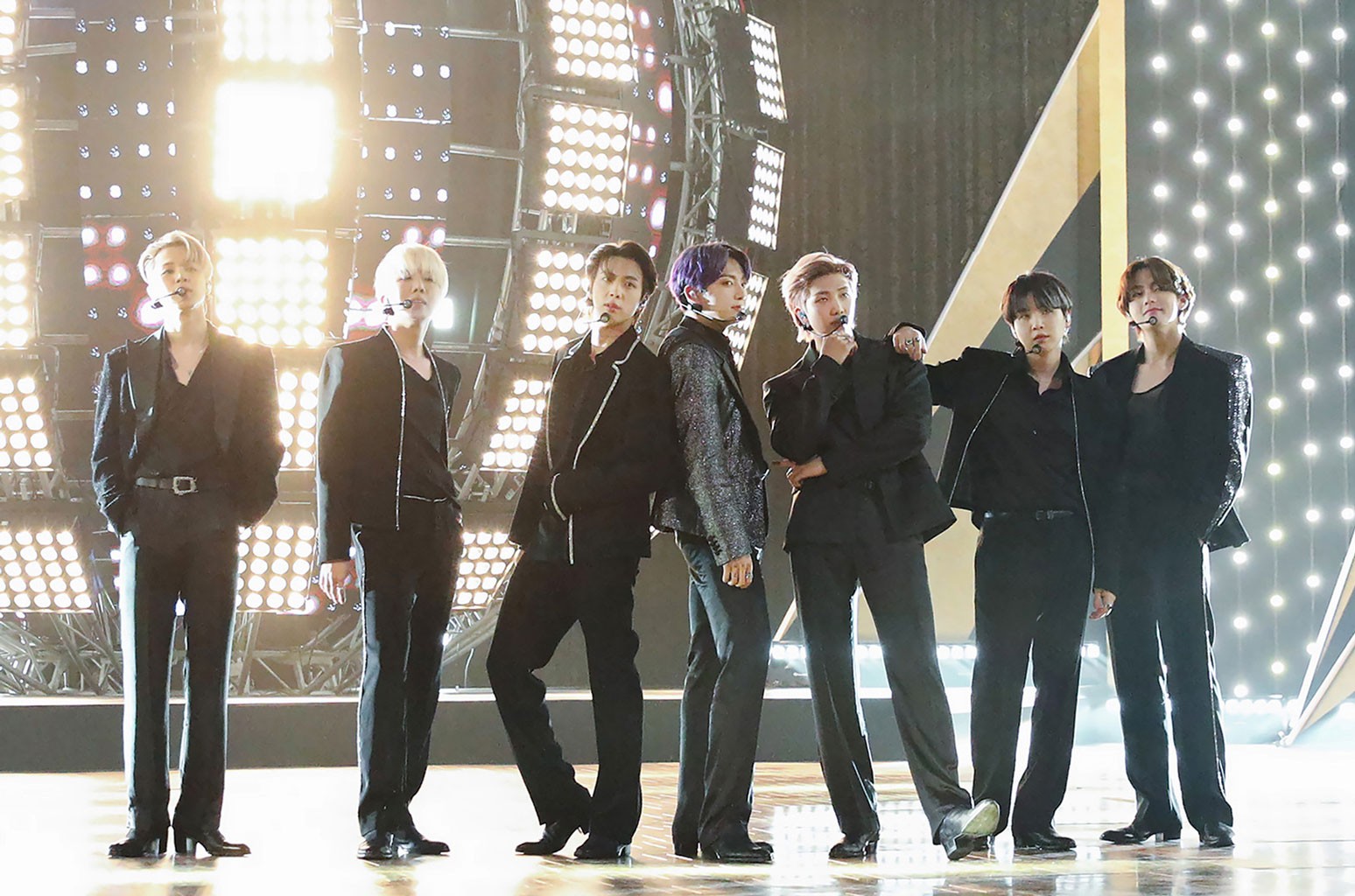 Right now, BTS is unstoppable. And they’re not about to change that anytime soon.

The K-pop phenomenon were guests Tuesday (July 13) on The Tonight Show Starring Jimmy Fallon for some insights into their dreams, the future and their famous friends.

“Butter” is currently No. 1 on the Billboard Hot 100 chart for the seventh straight week, and maybe a Grammy Award will happen in the near future, Fallon enthused. Certainly the band’s nomination for Best Pop Duo/Group Performance for “Dynamite” was nothing short of “historic” and “meaningful,” Jungkook said.

Later on, BTS performed “Permission to Dance” for late-night TV viewers. The song was a “gift” from Ed Sheeran, who co-wrote it, and a dance challenge is coming soon through YouTube Shorts, we learned.

Believe it or not, BTS and Sheeran haven’t yet met, despite working together on two projects.

On touring, the South Korean superstars promised, “we want to do the ‘make some noise’ thing again.” If that wasn’t enough, we’re told to “get ready.”

The septet also tackled some of those ARMY rumors. Yes, Suga’s first album was an Eminem record, though the lyrics were lost on him. J-Hope does consider himself the most fashionable of the bandmates. And V sleeps with his eyes open. For real.