Adam Lambert on Crafting a ‘Queer for Queer’ Lineup for OUTLOUD: Raising Voices 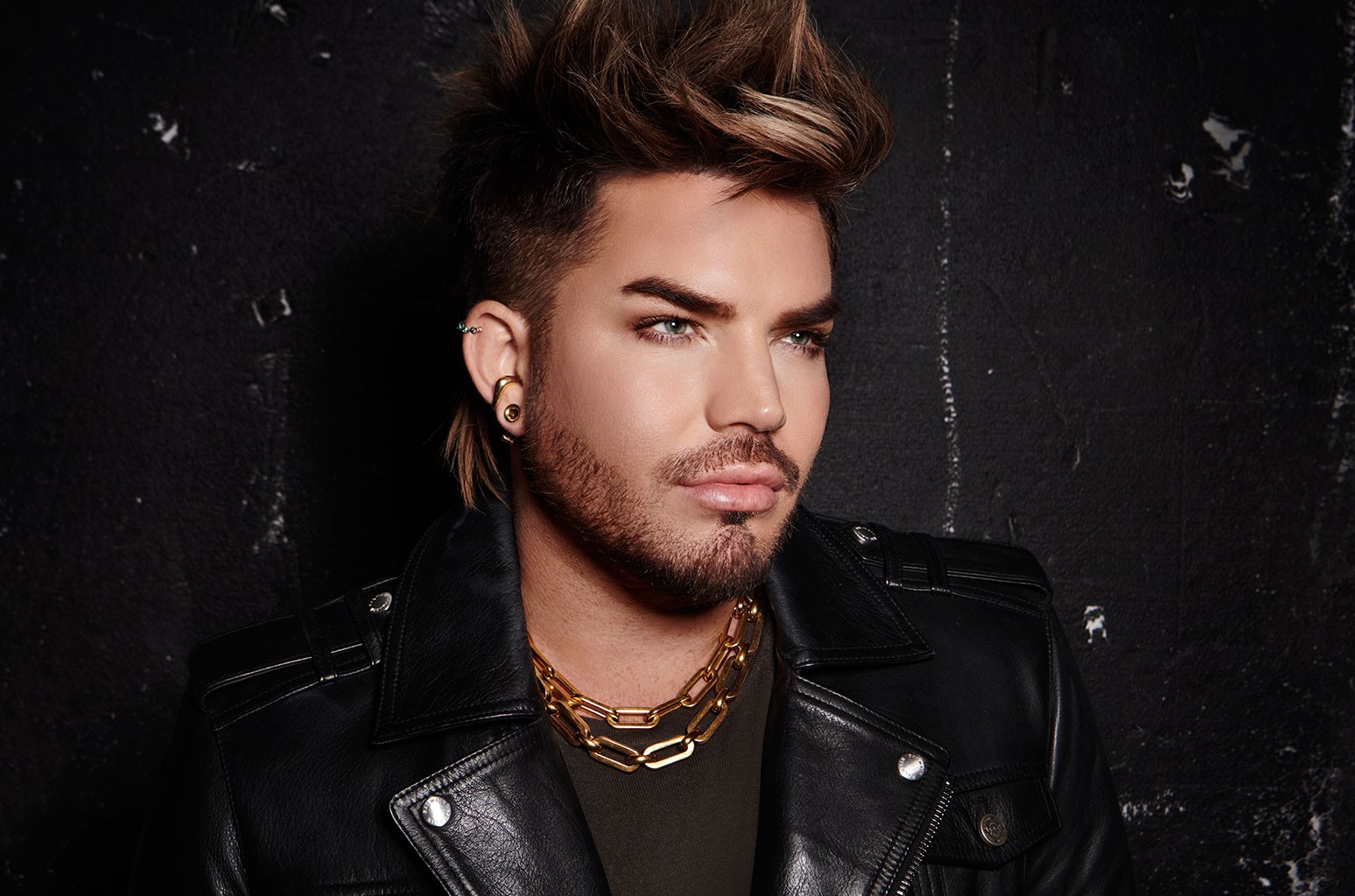 Every Pride season, millions of LGBTQ fans flock to festivals — in-person or virtually — to see some of their favorite artists show support for the LGBTQ community. Adam Lambert is proud to be one of them, and now he wants to make sure that more queer artists get the recognition that they deserve.

So, when Lambert was asked to curate the headlining show for the OUTLOUD: Raising Voices’ collaboration with Pride Live’s Stonewall Day and Lambert’s Feel Something Foundation, the star gladly accepted the challenge. The show, taking place at the end of the in-person and virtual Pride celebration this weekend (June 4-6), will see Lambert headlining, while also presenting a specially-selected group of LGBTQ artists, including Kim Petras, Vincint, Parson James, Sam Sparro and many more, to help kick off Pride season.

Lambert tells Billboard he wanted to represent the LGBTQ community to the best of his ability, which meant making sure that his lineup was made up entirely of queer artists. “I just think it’s time, you know?” he tells Billboard. “We love our allies, 100 percent, and I love the artists that support our community. But I think it’s good to say, ‘Ok, it’s 2021, the mainstream music industry now has more queer artists than ever, so it’s time for us to do it on our own.'”

When it came time for Lambert to choose which artists he wanted to join him during his section of the show, the star says that he thought back to a roundtable he did with a group of LGBTQ artists for his Feel Something Foundation back in 2020. “One of the things I kept saying then was, ‘Well, this is not the last of this — I want to be able to build a sense of community in the music industry,'” he recalls. “That was part of my mindset in putting together this bill, was saying, ‘Let’s follow through with that.'”

Billboard spoke with Lambert ahead of the show about curating a “queer for queer” lineup, returning to an in-person Pride show after a year of lockdown, and what’s giving him hope for the future.

You’ll be performing at one of the first in-person Pride events in L.A. since 2019 — how are you feeling about finally getting back on stage for the event?

I haven’t done an official Pride performance in Los Angeles in so long, so this is a real treat. I’m always on tour with Queen during the summer, so this is really exciting. I was aware of Stonewall Day as an amazing event over the past couple of years based out of New York. We chatted about maybe me taking a bigger role and curating a set for them. So we started work on that, and then OUTLOUD, which is a separate concert series for Pride, they joined forces with Stonewall Day, so we’ve all pooled our resources. Now, we have this giant stadium space that we’re going to perform at, and we’re just making it this big celebration.

It feels like we’ve been stuck inside forever — what does it mean that one of your first live performances in a while is a Pride event?

I’m thrilled, and I think that’s one of the takeaways that this event will give people: it’s a chance to focus on the sense of community. And the sense of community right now is more important than ever — we’ve all been so isolated and detached from one another. So even though we’ve tried to be socially distanced, of course, you’re going to get to see people in a space! As performers, we’re going to get to look out in the audience and interact with real, live people, not a camera for a virtual show. And then for the people that can’t make it, we still have a virtual element — it’s going to be live-streamed on Twitch, which I love. Anybody who wants to watch it, can watch it.

And the lineup is so fun. My part of the night is Sunday night, I’m curating the last segment of the day, and it’s so exciting because I’ve invited artists that I admire, many of whom are friends of mine or people that I’ve met.

Well, let’s talk about the lineup! You’ve got people like Kim Petras, Sam Sparro, Parson James, Vincint, and so many others — how did you go about selecting the artists that were going to participate in your curated portion of the event?

Well, one of the things I wanted to ensure was that there was a variety of genres represented, and a variety of identities represented. I want everyone that watches this, either in-person or at home, to find some sort of representation for themselves within the set. We’re trying to be mindful of intersectionality, so we have queer people of color joining us, we have members of the trans community, and we have plenty of speakers peppered through the evening as well to raise awareness for the issues that Pride Live and Stonewall Day and the Feel Something Foundation are promoting, I’m just so excited, because I really do feel like we’ve covered our bases, and represented the whole community. And yes, we also have all of these different types of music there, too. As a music lover, we have country, we have pop, we have soul, we have rock, we have dance; it just really runs the gamut, and I think everyone will enjoy it. Plus, I’m excited to sing with Kim Petras for the first time, so that’s gonna be super fun.

I think for me, the really interesting part of it is, typically, there’s like a giant pop star that you put as the headliner, and that’s the way you do it — I’m really excited for our event because it is definitely queer for queer. We’ve raised up artists who are out and proud and visible, and people that are living the life. I think everyone’s represented, I think we have a really diverse bill. It’s an event that’s put on by queer people, for queer people, starring queer people.

I feel like this Pride Month, after everything we’ve been through in the last year and a half, there does seem to be a much more present desire in the community to give back. As someone who has founded their own charity organization, what tips would you have for people looking to give back the LGBTQ community this Pride?

Well, I think the simple answer is you have to find a hub of information, and then use that to inform what groups you want to support. I mean, it is truly easier than ever to lend support — even if it’s not financial support, there is value in amplifying messages or in certain voices. If there’s somebody out there on social media, for example, that’s illustrating a really important moment in history, like Stonewall, then re-post it! Start a conversation with your friends. I think right now, in the queer community, having a firm grasp on our own history is really important, too. I think it reminds us that there is so much more work to do, but it also reminds us of how far we’ve gotten. But it also reminds us that things come back around, and the pendulum keeps swinging back and forth. So I think the more we understand about where we come from, I think that gives us the tools we need to push forward. And as far as the financial thing goes, you know, it’s obviously been a hard year for everybody, but every little bit does help. Even if it’s $5, the act of giving back is really needed.

Absolutely. Now this is obviously not the last live show you’re going to be doing, as Queen has officially set their European tour for June 2022. It’s still a while away, but how does it feel knowing you’ll be back on tour with the band next year?

Yeah, the funny thing is that now this has been pushed twice — we were supposed to be out on the road last summer, but then we pushed it to this year, and now we’ve pushed it again to 2022. Now that we’re going to finally do it again, I just love these guys. They feel like family, and we do truly get so much joy out of being on stage together, and seeing the audience light up. For me personally, I just love seeing Brian [May] and Roger [Taylor] light up as well —this is their glory, their legacy. As soon as they get on stage, they just explode with light. It’s amazing.

Well, after all that we’ve been through, as we slowly begin to work our way back to normal, I’d like to know — what’s giving you hope right now?

It’s funny, I was talking about this the other day — looking at the way people are able to band together in this thing is actually really fascinating. We’re in a very divisive time, especially after all of the political turmoil we just went through, so it’s definitely a challenge. But in that division, you also end up seeing a lot of unity, funny enough. You see a lot of people coming together for causes that are important to them, and that gives me hope.

Honestly, the younger generation also gives me a lot of hope. Seeing the way that generation is embracing things like gender and sexuality is just so exciting. Of course, there’s lots of opposition to that, and there’s plenty of people who don’t understand it, but then look at all of the people that do. More than ever, people are encouraging each other to be free in their expression, in their identity. All we can do to fight the opposition to it is to keep living. If you really look at how many people between the ages of 15 and 24 identify as something other than straight, it’s crazy! We’re living in a time where the shift is finally happening, and I’m so enjoying being a part of it, watching it and learning from it. Especially in a time where we have the horrors that we’ve been dealing with politically and with this pandemic, it’s hard not to get caught up in all the fear-mongering and all the drama, but I feel like that’s a choice. I think that you can make a choice to go, “Okay, I’m gonna take my energy and focus on the good stuff.” Because there is so much expression and art and entertainment going on right now — people are really being thoughtful about the things they’re making. There’s a lot of amazing ideas being shared, and that’s what I’d choose.

OUTLOUD: Raising Voices takes place from June 4-6, 2021 at the Los Angeles Memorial Coliseum. The show will also be livestreamed on Twitch June 4 -6 from 7 p.m. to 1 a.m. ET each day.