12 Minutes: the Xbox exclusive is over, the game is released on PS4, PS5 and Nintendo Switch 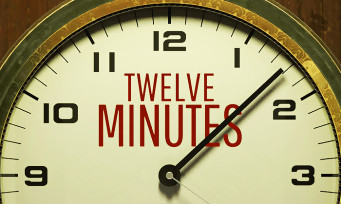 Six months is the time that will have lasted the exclusivity that Microsoft will have signed with Anapurna Interactive to first have the game 12 Minutes. Released last August on Xbox Series X | S, Xbox One and PC, the behind-the-scenes thriller from game designer Luis Antonio will finally arrive on other platforms, on PS5, PS4 and Nintendo Switch. It is on December 7 that players will be able to immerse themselves in this atypical game which is part of the fashion of time loops, since the story tells us how a man finds himself stuck in a sequence of endless life that does not last only 12 minutes. This is also the time he has to try to prevent the murder of his wife and his arrest by a police officer not very clear. For people who want to know what the title is worth, you can read our test in our columns.