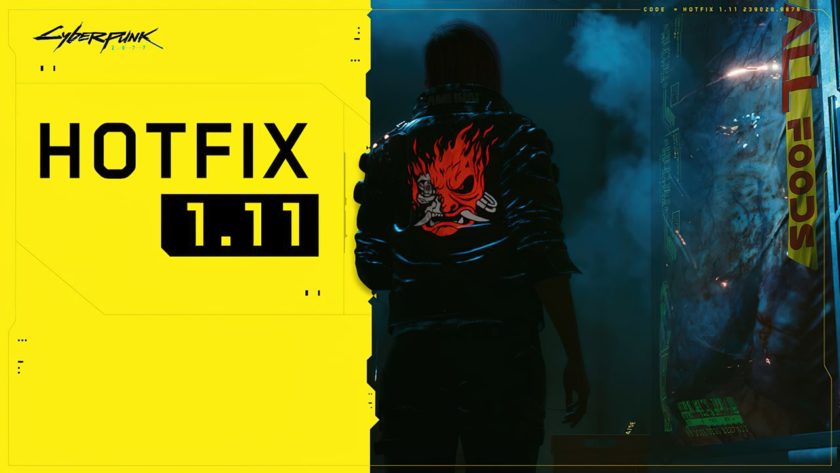 CD Projekt Red has released a “hotfix” update for the fantastic RPG Cyberpunk 2077. The new update raises the version of the game to 1.11 and fixes a bug during which the player could not progress through the story.

The hotfix is already available for download on PC, consoles and Stadia. The next major patch is still scheduled for February.