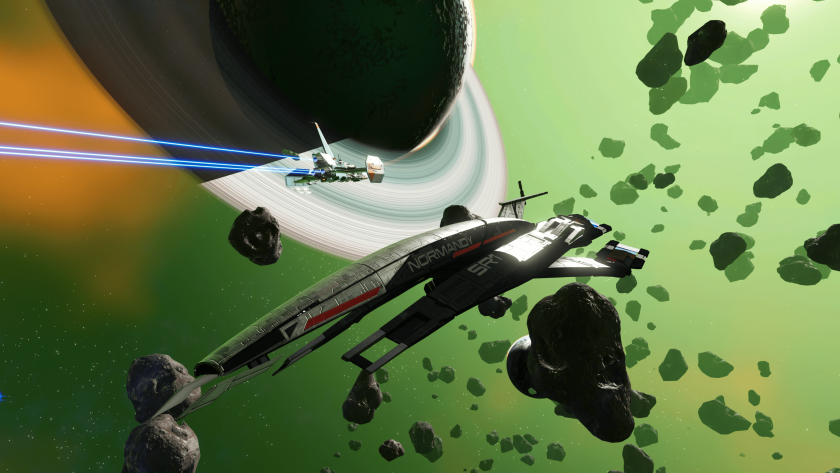 For the last week the No Man’s Sky community have worked together on the new Beachhead expedition, solving the puzzle of its hidden and encrypted goals. Today is a lovely moment, as explorers are discovering that at the end of this mystery is the appearance of the legendary SSV Normandy SR1 from Mass Effect!

There has been crazy speculation as to where this mysterious voyage would lead. Huge thank you to the dedicated travellers involved: those who figured out the purpose of the “Historiographical Dosimeter” and how to use it; those who cracked the code and translated the messages hidden in a secret alphabet; those who pieced together the story of the coming of the Normandy out of flux fragments at monoliths all across the universe; and to everyone involved in the colossal research effort to unlock the Myth Beacon and summon the ‘weapon’ into existence! 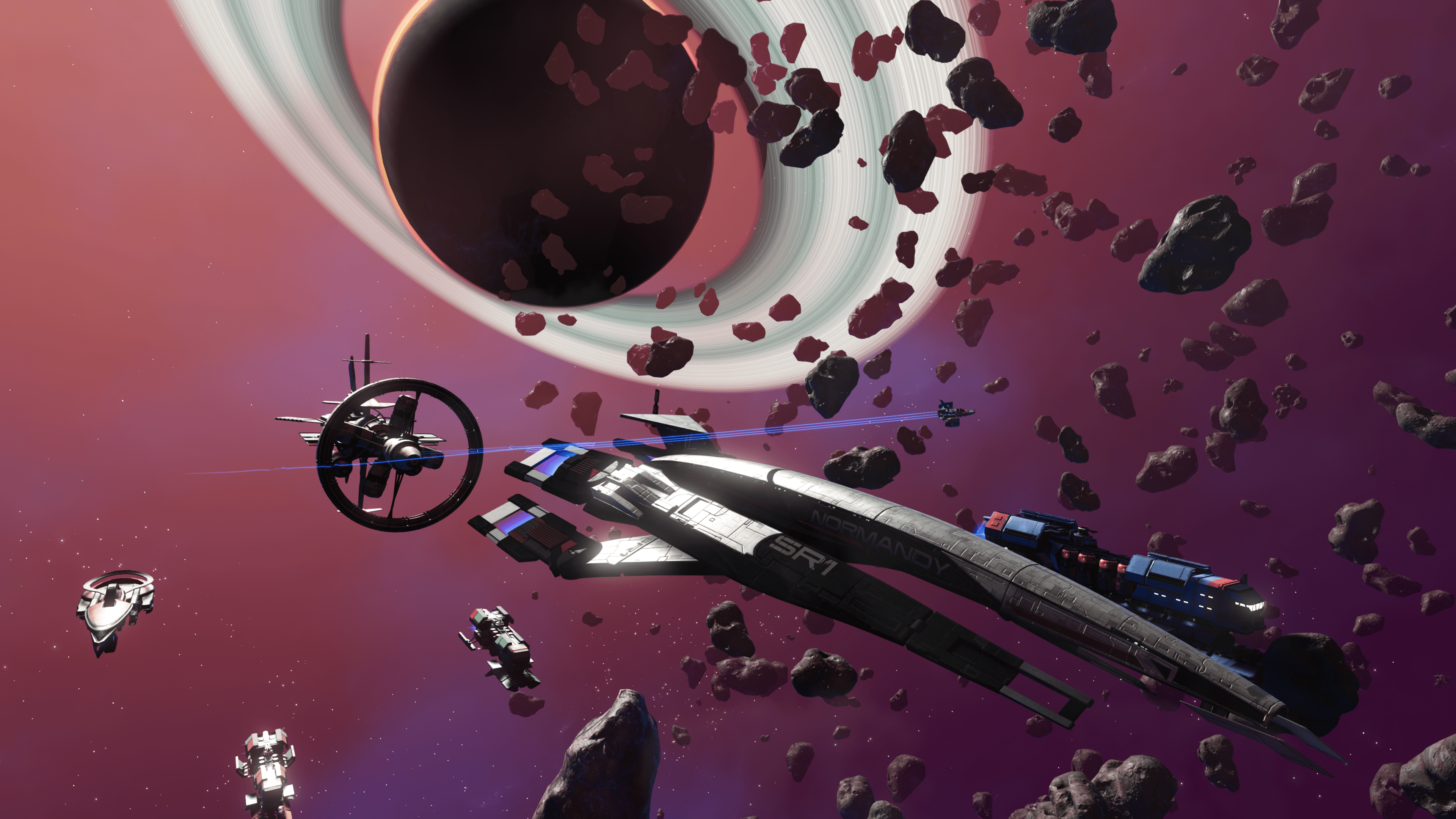 This is a lovely little Easter Egg moment, and something hopefully no one was expecting.

We are thrilled and flattered that BioWare and EA let us pay tribute in this way. As huge fans of the series, it’s a lovely moment for sci-fi fans. Like everyone else we’ve been rediscovering the amazing universe of Mass Effect through the release of the Legendary Edition. I still have chills every time I see this incredibly iconic ship warping in, and was delighted to see so many people have the same reaction.

All players now have until the 31st May to undertake this expedition for themselves if they wish to ultimately add the SSV Normandy SR1 to their frigate fleet for good. 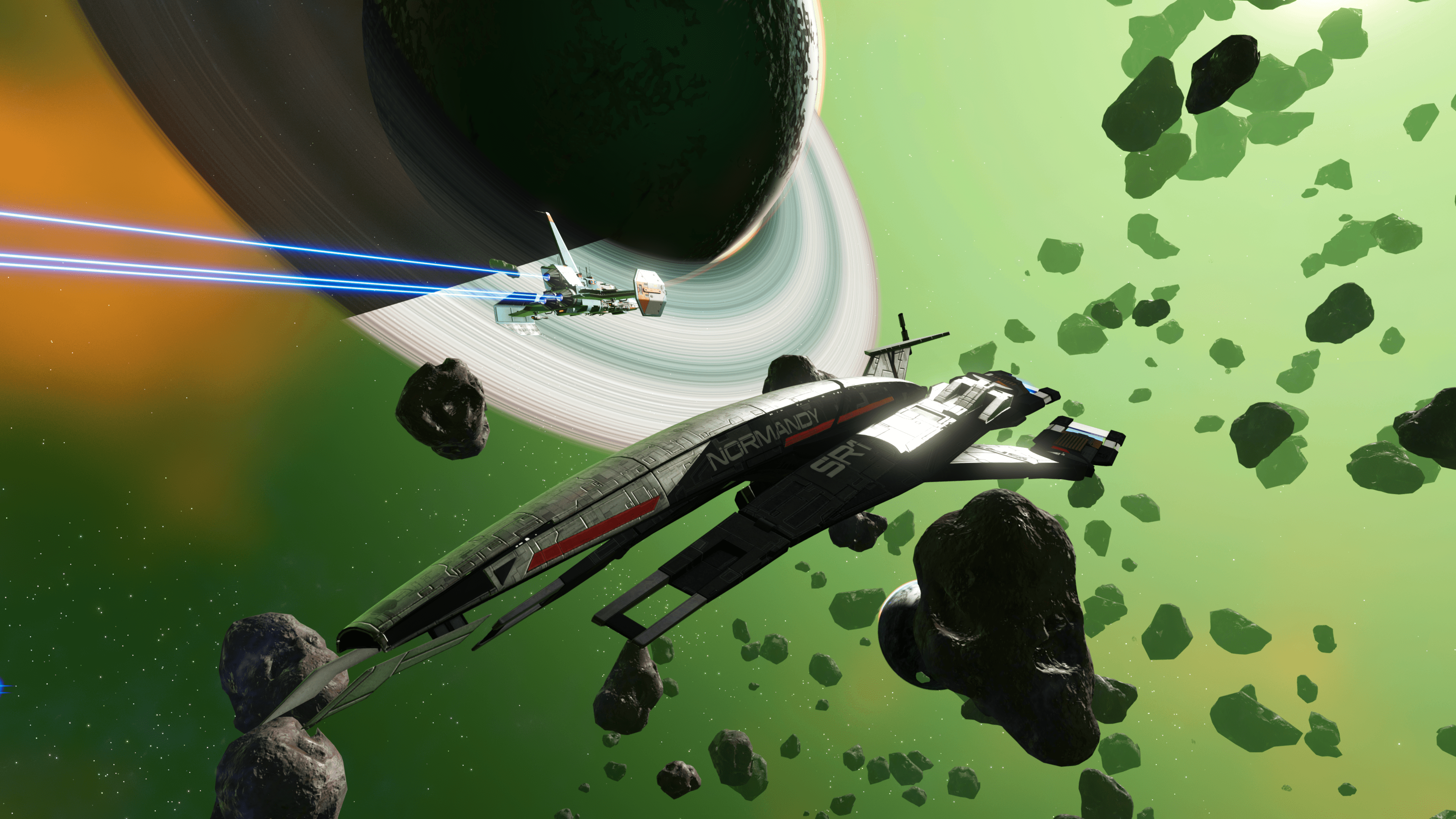 As this is our fifth anniversary year, we have some other surprises up our sleeves, with more information coming very soon.

We will continue to release patches as issues are identified and resolved. If you experience any issues, let us know by submitting a bug report.