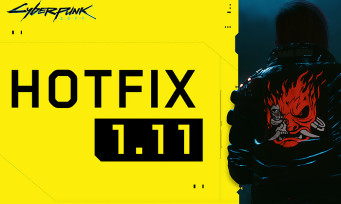 It’s corrected ! With the deployment of patch 1.11, players can once again advance in the main story of Cyberpunk 2077. The CD Projekt Red teams have indeed reacted fairly quickly to this major bug which blocked progress in the adventure. We recall that it was the quest “Down the street” where Goro Takemura’s phone call no longer occurred, blocking any progress. And since reloading an old save changed absolutely nothing, it was difficult to go further. Everything has been corrected suddenly and the dialogue options that had suddenly disappeared are now back. There is still a lot of work to do to make Cyberpunk 2077 flawless, but in a month or so, we should see patch 2.1 arrive which should bring even more fixes and stability. At least we hope so …

Hotfix 1.11 is available on PC, consoles and Stadia!

This update restores item randomization and fixes a bug which affected some users’ holocall with Takemura in Down on the Street quest.