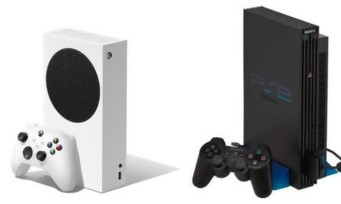 While Sony continues to be cautious about retrogaming and emulating its massive catalog of PlayStation and PS2 games, Xbox Series S gamers can enjoy the best titles through an emulator. The software used is the well-known RetroArch that can be installed through the developer mode of Microsoft consoles which is available at a price of $ 20. This allows you to install any UWP (Universal Windows Platform) application, and therefore enjoy the joys of emulation. As can be seen below in the Modern Vintage Gamer video, this software allows you to play Dreamcast, GameCube, Wii, PS3 and PS2 titles on Microsoft’s console.
PS2 games run on RetroArch’s PCSX2 emulator, and since RetroArch is still in development, it won’t be rare to encounter bugs. That said, the craze for emulation on the Xbox Series X | S should push developers to perfect their product, and improve its performance and compatibility. It is specified that for emulation, there should be no difference in performance between the Series S and the Series X since their CPU is identical, while the additional graphics power of the Series X will be totally unnecessary to run games. 20 years ago.