Twitch: a spanish streamer atomizes the record of simultaneous viewers 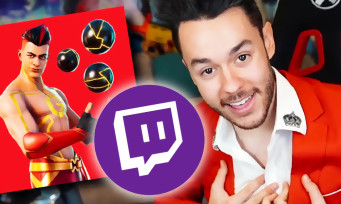 We thought the Twitch records were reserved for American streamers, but a certain TheGrefg, living in Spain, has just twisted this misconception by smashing the record of simultaneous viewers during a livestream last night. With 16 million subscribers on YouTube and 6.2 million followers on Switch, TheGrefg had warned his community of the presentation of his avatar in the game Fortnite, joining other celebrities in the world of streaming like Ninja, Loserfruit or even Lachlan as an icon of the game. The buzz was already present even before the launch of the event which undoubtedly exceeded all expectations with a peak estimated at 2,390,718 simultaneous viewers. It is much more than Ninja who managed to bring together 667,000 spectators simultaneously during a competitive event, still on Twitch in 2018.

Note that the day before the reveal of his avatar, TheGrefg had already slowly approached the Ninja record with 660,000 viewers at the same time during the Galactus event in Fortnite on December 2 during the Galactus event. As for his avatar, know that he will be made available to players on January 17 at a price not yet known, but will arrive with his pickaxe and other accessories of course.