Razer continues to update its peripherals, and after the BlackWidow keyboard which went to version V3, it’s the Wolverine controller to change iteration with a V2 which brings many changes. We had the opportunity to spend several days with this new gamepad specially designed for the Xbox family, and compatible with Windows 10 PCs. Here is our verdict.

Unlike its first version, the Wolverine V2 controller is only available in a wired version. Goodbye to the pleasures of wireless, but know that the brand compensates for this loss of mobility with a particularly long cable. The latter will in the process offer us unlimited autonomy. With a completely revised chassis, the Wolverine V2 makes a strong impression from its first grip. The handles offer a pronounced curve, which strongly reminds us of the Xbox 360 controller. It is this more generous shape that is lacking in the Xbox One controller, whose tighter lines offer inferior comfort in our opinion. For optimal grip, these handles are additionally sheathed with a textured rubber coating that provides unparalleled grip, even if you suffer from extreme hand sweating. As soon as you get started, you feel like at home, and this is partly due to the very classic arrangement of the controller. The layout of the keys is taken directly from the official Xbox controller, with its asymmetrical sticks, its D-pad and its four large buttons. However, Razer has added two small buttons on the front, between the D-Pad and the right stick, and two additional slice buttons, knowing that their functions are configurable. 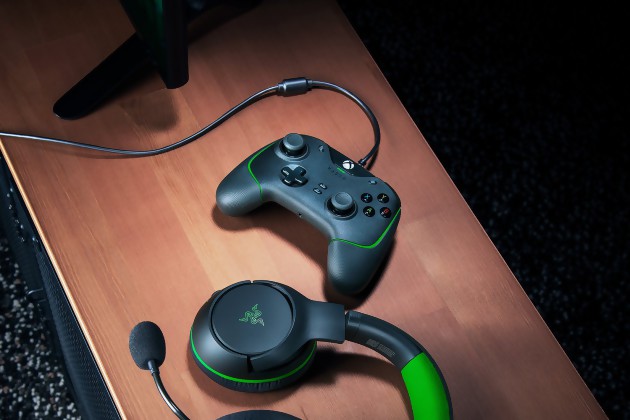 In terms of the triggers we are a little more reserved, the profile of the latter was not as successful as that of the best controllers, like the Xbox Elite for example. Note, however, that two small switches located under the chassis allow you to change the stroke of the triggers, and switch them to mode. hair trigger in order to shine in competitive FPS. Concretely, this makes it possible to reduce the stroke of the triggers to their minimum, in order to minimize the time wasted pressing the keys. The good news is that Razer has renewed its mechanical switches under the ABXY keys and under D-Pad, which allows for an unparalleled touch, and a pretty incredible feel of quality. Overall the Wolverine V2 appears to have been assembled with care. The object is quite heavy (274g), the vibration motors are powerful, and the different parts are perfectly adjusted (which is not always the case on basic Xbox One controllers for example). We must also mention the presence of a 3.5mm 3-way jack on the edge of the controller, in order to be able to use almost any headset on its console. 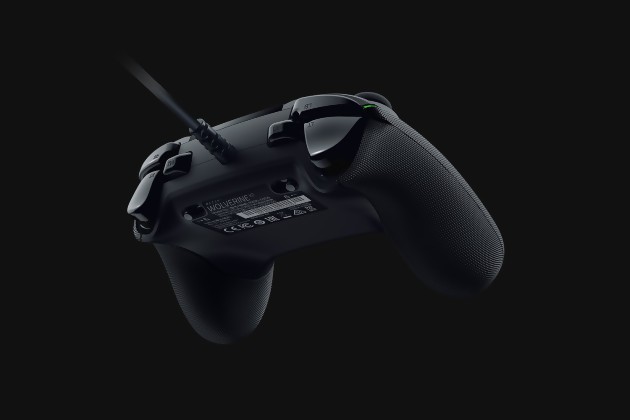 However, this Wolverine V2 also moves away from Razer traditions, with for example the absence of any RGB lighting (we are not even talking about the Chroma which was however available on the first iteration of the Wolverine), and the lack of compatibility with Synapse software when you are on a PC. Whatever your platform, you will have to go find the software specific to the controller on the Microsoft Store in order to be able to finely configure your new toy. After this inconvenience, we console ourselves with the many options offered by an intuitive and easy-to-use software. We can thus manage the sensitivity of sticks, their dead zone, and configure all the buttons of the pad according to their preferences. The good news is that this device struck by snakes is exchanged for 120 €, which is very reasonable given the quality of the object and the services offered. The competition is often much more expensive (Elite, Astro, etc.), which means that the latest from Razer is very well placed on the market, and that it should be eye-catching if you play on PC or Xbox.