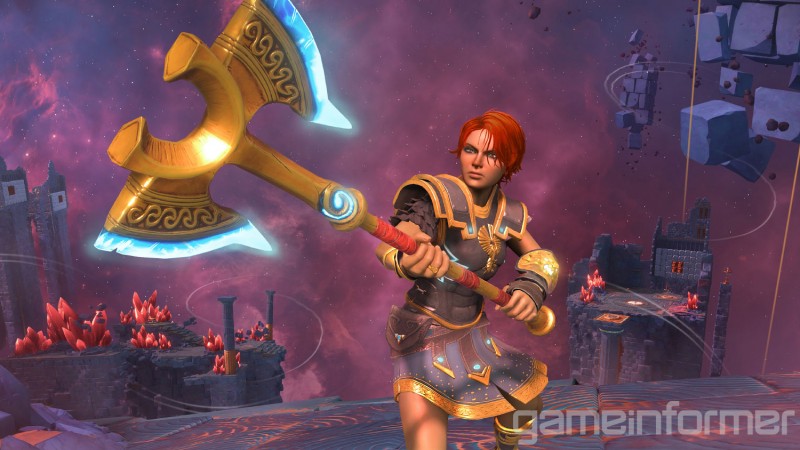 When the developers at Ubisoft Québec set out on their newest title, they weren’t content with just rehashing what worked in Assassin’s Creed Odyssey. For Immortals Fenyx Rising, they ventured to add a new layer of gameplay that would keep players engaged in their delightful mythological take on ancient Greece through the use of puzzles.

The main implementation of these brain-teasers are the Vaults of Tartarus which push players to think outside of the box when it comes to traversal, world manipulation, and more. Traversing these dungeons not only nets you rewards such as gear or new weapons, but locked deep inside of each features one of Zeus’ lightning bolts which allows players to upgrade their in-game stamina.

On top of the 60+ vaults to explore and conquer, the developers have also added challenges around the game world that test your skills, unlock new areas, and reveal new gear for players to collect in their quest to save the gods. But while puzzle-solving is so tightly connected with the world of video games, Ubisoft Québec’s journey to implement these virtual riddles was anything but easy.

Join us as we sit down with Scott Phillips, game director, Julien Galloduc, associate game director, and Michelle Plourde, lead cinematic designer, as they take us through the process of getting puzzles approved by Ubisoft HQ, how the head-scratchers are implemented in the world, and what impact they’ll have on the story of Immortals Fenyx Rising.

If you enjoyed this look at Ubisoft Québec’s newest open-world adventure, be sure to check out what the developers learned from their time creating Assassin’s Creed Odyssey, how the team was able to take the dark stories of the Greek gods and turn them into something funny, and our Rapid-Fire interview where Scott Phillips makes his return and discusses Immortals Fenyx Rising!

Review: What I’d Like To See In The New Open-World Star Wars Game
Yesterday at 02:07

Review: Apex Legends Might Be Coming To Nintendo Switch Very Soon
18 Jan at 22:58