The Last of Us 2: leaked document reveals Microsoft considers the game grandiose 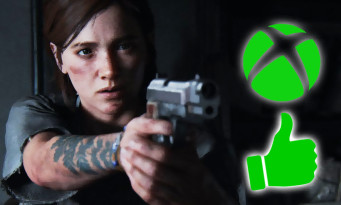 Recently the most awarded game in history, The Last of Us Part. It may well have divided its audience, it remains a title that marked the history of his generation. Visibly, Microsoft has noticed it as evidenced by a recently leaked document and we are in front of the Redmond firm. : particularly private, one can see certain confidential information there – for example, STALKER 2 would be an exclusive Xbox of three months only – of which a big part resulting from a study of its opponents. Nothing very surprising to tell the truth, the competitive intelligence being crucial for all the organizations of a market and certainly applied also at Sony and Nintendo. Where the story gets interesting, It is with this big test-like article entirely on the famous The Last of Us 2 with some warm praise from Microsoft.


The visual quality and attention to detail in The Last of Us Part II is absolutely best-in-class in virtually every area, and the overall presentation is significantly ahead of anything other teams have produced on consoles. and PC.

Just that ! We can also see other convinced compliments.

We have often been blown away by the quality of the graphics in the game, which unfortunately rarely happens these days. This is even more impressive considering that the game features two separate characters with different groups of allies in different locations, as well as flashback sequences that take place years before. It features a wide variety of environments, weather conditions, and daily cycles in locations ranging from Wyoming to California.

At the same time, it’s difficult to say the opposite when you see the work of Naughty Dog who has worked hard to create an adventure technically pushing the PS4 to its limits. Finally, note that Microsoft praises an ultra-successful narration while concluding that the game remains a product “clearly ahead” on its time. Now, we obviously hope that the Xbox studios can intelligently draw inspiration from the PlayStation exclusivity to tell, too, stories as well cut. 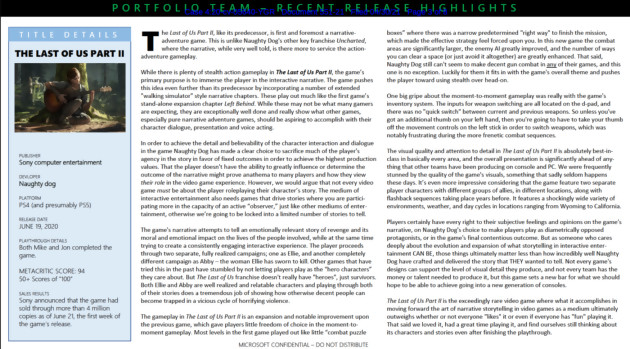