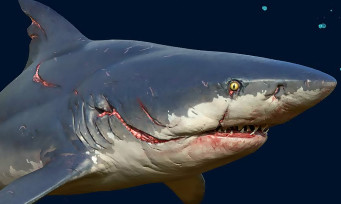 Pleasant surprise released in May 2020, ManEater was distinguished by its atypical concept: to play a shark who went on a vengeful quest against a fisherman who destroyed his mother several years ago. An action game tinged with the RPG element, the title of Tripwire Interactive has found its audience, at least as the developers are preparing content to come. Sean McBride, the art director of the game, confirmed it on Reddit during a question / answer session of “Ask me anything”. Good news for the owners of the game, who will be able to return to the deep waters to eat human beings. It remains to be seen what this additional extension has in store for us. No doubt new killer sharks to play, or probably more skins. Speculation can begin.