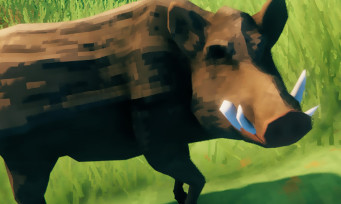 Just a few days ago it was last saturday, we learned that Valheim had already sold more than 3 million copies worldwide. A feat for this survival game created by 5 people and no marketing campaign. Word of mouth worked so well that on Steam, we observed the 360,000 players connected simultaneously, a figure higher than that of Destiny, or simply that of GTA 5. But the title of Iron Gate Studios does not. had not said his last word, and for good reason, this Sunday February 21 at 9:50 p.m. French time, SteamDB counts 502,387 people playing at the same time in Valheim. At the time of writing, more than 355,000 players are discovering this Viking game unlike any other. How far will this Valheim stop? Still, such a success, it gives some wings of success …