Tekken Bloodline: new images of the animated series which will be broadcast on Netflix 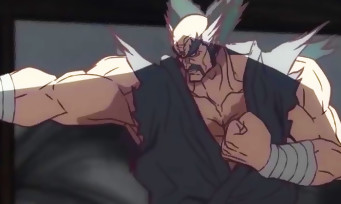 It is as part of Netflix’s Geeked Week 2022 that Katsuhiro Harada, the producer of Tekken, unveiled new images of the animated series based on the famous fighting game. Dubbed Tekken Bloodline, and made official recently, it will focus, among other things, on the youth of Jin Kazama. This will therefore be an opportunity to learn more about the life he led with his mother Jun on the island of Yakushima, and the conversations they could have. The synopsis does not stop there, since we learn that “Jin Kazama couldn’t stop a demonic being from destroying everything he held dear, changing his life forever. Furious with himself, Jin has sworn revenge and seeks absolute power to achieve his ends. His epic will lead him to the ultimate fight on a world arena: the King of Iron Fist Tournament.“

“If Jin Kazama really existed and I had him in front of me, I would say to him, ‘I’m sincerely sorry for always putting you in horrible situations’“Harada-san jokes. According to him, this work will be an opportunity for both first-time fans and laymen to know how the events really unfolded, and thus to make the connection with the video game. Tekken Bloodline is scheduled for release in 2022.