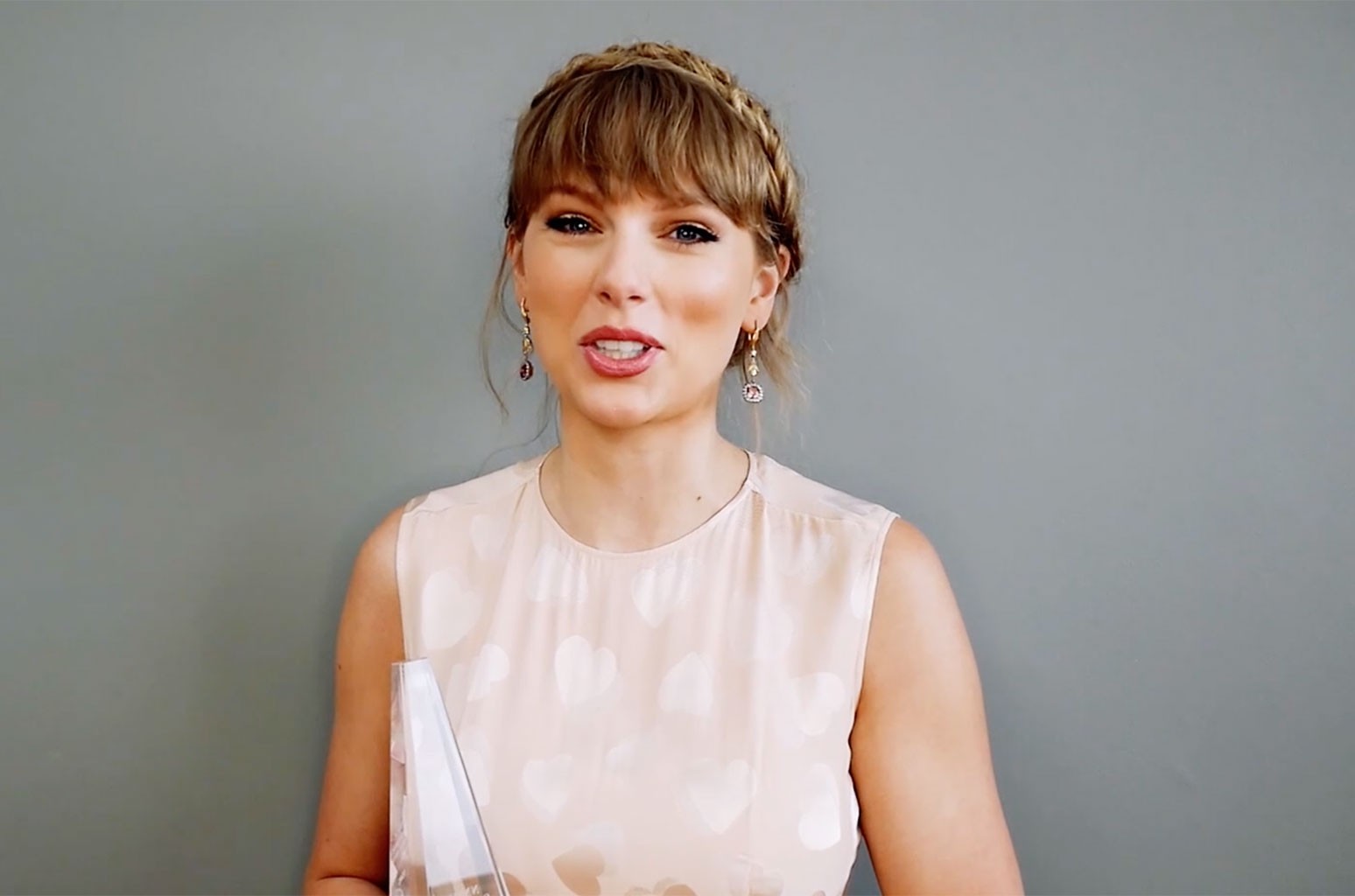 Taylor Swift was presented with the 2021 National Music Publishers’ Association’s Songwriter Icon Award at the organization’s annual meeting Wednesday (June 9), and she used her acceptance speech to thank the many collaborators who have helped her along the way.

“I want to take a moment to thank the people who were my professors, my teachers, of the craft of songwriting,” said Swift, appearing remotely at the virtual event after being introduced by NMPA president and CEO David Israelite. “First of all, anyone who wrote with me in Nashville when I was in like eighth or ninth grade, that is insane that you did that. I am so lucky that I got to learn from some of the best writers on Music Row.”

To start, Swift paid tribute to Liz Rose, who co-wrote several tracks on Swift’s 2006 self-titled debut album, including the singles “Tim McGraw” and “Teardrops on My Guitar,” and contributed songs to follow-ups including The Taylor Swift Holiday Collection, Fearless and Red.

“Liz Rose is someone who spent hours and hours and hours with me when there was absolutely no sign that anything would happen in my career,” said Swift. “My dance card was not full, I was 14, and she wrote with me so many times and taught me how to edit my ideas down to something more concise that packed an emotional punch.”

Swift went on to thank Max Martin and Shellback, who helped her score pop crossover hits on Red, 1989 and Reputation (“I learned so much from [them] from a melodic sense”); Jack Antonoff, who first linked up with Swift for her 1989 album and has been a key contributor to every LP since (“such a wonderful creator and such a nurturing presence”); and The National‘s Aaron Dessner, who co-wrote and produced Swift’s pandemic albums Folklore and Evermore — which scored a modern-era vinyl sales record last week — and also helped produce Fearless (Taylor’s Version).

In the next round of thank-yous, Swift voiced her gratitude to UMPG Nashville chairman and CEO Troy Tomlinson “for always being excited to hear new songs of mine,” UMPG chairman and CEO Jody Gerson “for being such a champion of female songwriters throughout the industry,” and, lastly, her fans “who care about my lyrics. You have no idea how much that means to me, that you dissect them and copy them into your journals and care about the things that I write.”

In the spirit of the NMPA event, Swift also acknowledged the “magical and mystifying” process of songwriting in her speech. “I think any songwriter will tell you when you get an idea, you’re not quite sure where it floated down from, but if you can grab onto that idea and turn it into something, a piece of music, that’s where craftsmanship comes in,” she said. “And that’s where you have the opportunity to learn and to nurture that craft.”

Wrapping up the Swift tribute, Sara Bareilles performed a cover of Swift’s 1989 track “Clean,” which she introduced with a story about her in-ear “malfunction” during a duet with Swift at the superstar’s 2013 concert in Los Angeles. “I sang horribly…[but Swift] was so deeply kind and so deeply compassionate and so comforting,” Bareilles said.