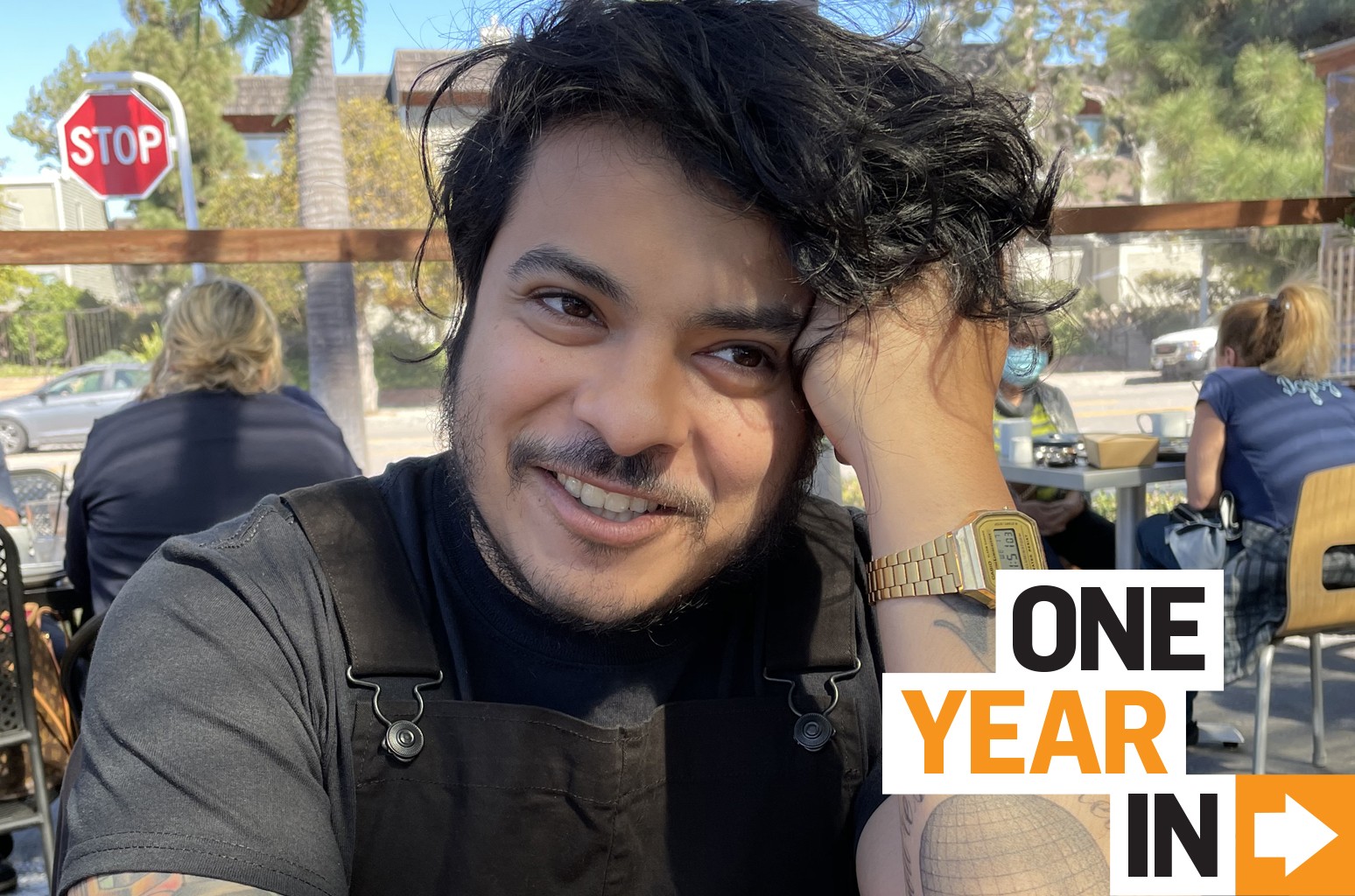 As the coronavirus pandemic enters its final phase in the U.S., Billboard is catching up with individuals we interviewed at the beginning of the crisis to see how they’ve weathered the past year.

This installment is told by Raghav Desai, the talent buyer at Los Angeles venue The Lodge Room. After the venue was forced to shutter last March due to COVID-19, Desai was able to keep his job and has been helping the business stay afloat ever since, including through a partnership with Audiotree on the live-stream series Staged. On a personal level, he has been tending to something far more important: His mental health and battles with addiction.

[Ed. Note: This interview was conducted in early April 2021.]

The venue basically has been surviving. We received money from the initial PPP loan. The venue owner Dalton has been handling almost all of that, but he did tell me that we received some money. We’ve applied for the [Shuttered Venue Operators Grant, which] is in the works of being reviewed and all of that.

I had negotiated a pay bump, but before that could ever see my bank account, the pandemic hit. So they asked me to go back to my pre-pandemic salary, which is totally fine with me, because at least I had some money coming in. In my head I’ve rationalized it as, “Well, I never saw that money, so technically I never received a pay cut.”

We’ve had a solid amount of rentals. Obviously, nothing compared to the business that would have come in if we were doing shows, but some money is better than zero money. We did a shoot with Local Natives, which is amazing, shout out to them. We did Perfume Genius’ performance on Fallon back in August, so that was really f***ing cool. And recently we teamed up with the fine folks at Lincoln Hall in Chicago and Audiotree to produce a series called Staged, which is a purely live live-stream show. We had our first [Staged] event with Julia Holter, who is magnificent and charming, and it was a resounding success.

I think in the last six months, there was a collective acceptance in the music industry that “We’re not gonna do a show in 2020. It’s just not going to happen.” And it became, “We’re probably not going to do a show in the first half of 2021.” And now, I feel like people are a bit more optimistic.

I have stuff on the books for as early as September that I do believe will happen. [Ed. Note: Since this interview took place, the Lodge Room has scheduled a handful of in-person shows for Summer 2021.] Watch, I say that now, and I’m going to eat like 10 crows. But things are still starting to look — maybe just a notch below optimism, or maybe a notch above pessimism.

I’ve been sending my offers based on full capacities. That’s kind of the assumption that we’re working off of, and it might be an incredibly foolish assumption, but we will have to cross that bridge when we get to it. Because financially, both for the artist and for the venue, it’s hard to make things work without that capacity. There’s a reason that venues, when they get built, are like, “Okay, we want to be this cap.” And especially at the level of an independent venue, where we don’t [have] the corporate money of a Live Nation or AEG or whatever, every dollar counts. Our margins are so razor thin that we really need 500 bodies in there.

I’ve been talking to a few of my bartender friends. I talk to my audio and lighting folks and my venue manager, and it’s tough. It can be said for everyone, but especially, I think, in the live event space. People’s livelihoods depend upon going out on a few tours a year as the audio engineer for a band, or working bar six nights a week and hoping that money can pay your rent or put food on the table, or working security as a second job. And all of that has just been washed away in the last year and change.

The last year has been tough for me personally. My struggles with my mental health and my addiction led to a couple of hospitalizations and a couple trips to rehab. But I’ve got a little over six months of sobriety under my belt now. [Because of] our incredibly f***ed insurance system, I wasn’t gonna be able to stay in outpatient rehab, so I launched a GoFundMe and it ended up being wildly, wildly successful. It got me two more months at my outpatient rehab facility. So much of that money came from people who I have worked with, and some of whom I’ve only contacted over email, and they were still kicking in, you know, 20 bucks, 30 bucks at a time when money’s so tight. It just kind of shows you that this industry, for as adversarial as it can be at times — you know, agent versus manager, venue versus venue, agent versus promoter — we take care of our own.

In a way, the silver lining of COVID for me has been, I would not have been able to get the help that I needed if I were working six shows a week. It just wouldn’t have happened. And whenever it did get to that point, it was going to be much, much worse than what it was last year. It’s weird to say I’m thankful for COVID, but if there ever was a time to say it, I think it would be in [this] instance.

I think the biggest collateral damage of this thing will be all of the bands that never even got a chance to fully commit themselves to music because of this pandemic. I think there’s so many f***ing creative people who don’t come from money, don’t have mom and dad to fall back on, who have been cheated of the chance to make something in the music and art space, and I think that will be something that really affects us down the line.