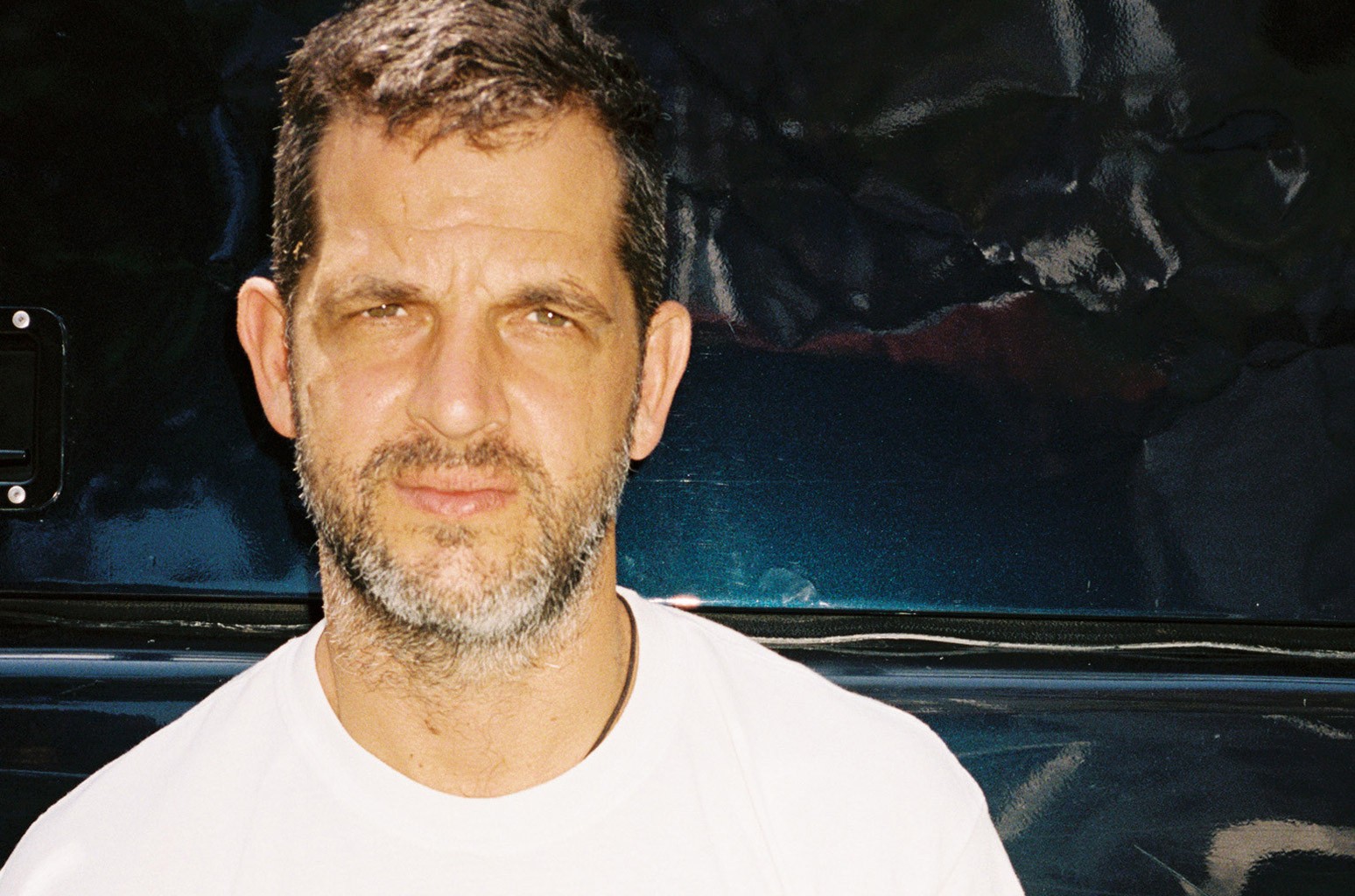 It’s been over two years since renowned music video director Nabil Elderkin premiered his first feature film Gully at the 2019 Tribeca Film Festival, and on Tuesday (June 8), he can finally take a deep breath once it’s finally out for the world to see.

Elderkin has directed dozens of iconic music videos for Kanye West, Frank Ocean, Kendrick Lamar, SZA, Billie Eilish and more. But over the last few years, the Australian-American director and photographer has been working on his feature-film directorial debut Gully, which premiered in select theaters on Friday and is available on-demand Tuesday (June 8).

Gully follows a trio of troubled teens in Los Angeles played by Jacob Latimore (The Chi, Collateral Beauty), Charlie Plummer (Lean on Pete, Looking for Alaska) and Kelvin Harrison Jr. (Waves, Monster). The gritty feature film depicts how the three boys are byproducts of their ‘hood who “don’t really get to play astronaut and stick fight because there’s so much being demanded [from them],” says screenwriter Marcus J. Guillory. In spite of being subject to their respective cycles of violence and abuse at home, their brotherhood remains the most unfailing force in their lives, as Gully portrays a gutting picture of what it means to be a “ride-or-die.”

“Music videos was my film school,” Elderkin tells Billboard. Of course, he’s not the only music video director to transition into film: In 2019, two-time Grammy winner Melina Matsoukas, who’s helmed visuals for Beyoncé, Rihanna, Lady Gaga and more, made her directorial debut with the romantic crime drama Queen & Slim, starring Daniel Kaluuya and Jodie Turner-Smith, among many other examples.

And he’s not the only one making a debut of sorts in Gully: Travis Scott makes his feature film debut with his small role as Derek, a video store clerk who observes a crucial scene in the boys’ destructive conduct. While Calvin (Latimore), Nicky (Plummer) and Jesse (Harrison Jr.) engross themselves in a violent video game that mimics the level of brutality they’re used to witnessing on the streets — which later becomes a motif as to how the boys center themselves in and interact with their surroundings — they unleash utter chaos in Scott’s store by casually tossing entire shelves of DVDs onto the floor. The “Sicko Mode” rapper, who’s synonymous with the word “rage” by way of his frenetic onstage demeanor, is irritated but not incensed in the way fans might expect to see him.

“He came through. There were moments where you could tell he was like [makes angry grunting noise], but he got into his mode,” Elderkin says. “He’s got a future in acting, for sure. Travis can act. Having him be in the film and be executive producer of the film is a blessing.”

Lipa, who led the at-home dance revolution during the pandemic last year with her disco-inspired album Future Nostalgia, takes charge with a completely different sound on the saxophone-driven rallying cry “Can They Hear Us.” Laced within the production of “Can They Hear Us” and Clark Jr.’s “We Stay Up” is the film’s score by Daniel Heath, who identifies the DNA of the soundtrack as a “beautiful” blend of the “hip-hop scattered throughout an intense film with lots of violence” with “something quite classical and orchestral and piano-based and string-based.” Before working with the “Levitating” superstar, whom he says “has got a hell of a voice,” Heath worked with another major artist, Lana Del Rey, on producing the orchestral version of “Young and Beautiful,” heard in the 2013 romantic drama The Great Gatsby.

“Nabil was super, super involved in the score as well. He was very interested in pushing sounds,” Heath tells Billboard. “There was this one scene toward the end where one of the lads was being arrested … and Nabil had an idea to come up with a sound that sounded like crying but in an instrument. So I recorded a solo violinist, and we called it a ‘cryolin’ instead of a violin. And the violin just made these sort of beautiful weeping sounds.”

Adds Elderkin about Heath’s work scoring the film: “I wanted to make it feel like the different emotions and parts of the movie and feel natural and have it come out of the places that it would come out of naturally, like a speaker or headphones, and be interweaved into the film as the sonic tapestry rather than just put music behind things. I don’t want people to get taken out of the film with a song coming in, you know what I mean? And Daniel does what he does beautifully, [which] is find that balance of complementing what’s on the screen.”

Elderkin juggled wearing even more hats on Gully by also serving as executive producer of the soundtrack, which on the business side required dealing with a taxing amount of rights and clearances over six months, but on the creative side was “one of the most exciting experiences I’ve had.”

On the soundtrack, LA-bred artists Ty Dolla $ign, ScHoolboy Q and B-Real link up on “Blacks N Mexicans,” which B-Real starts off with a testimony about how white people divided two of the most prominent racial communities in the metropolis. Three tracks down, fellow local Buddy maps out gang violence and persuades his peers that it’s not the life they really want to live (“You are not a killer, I can see it in your eyes,” he raps) in the twinkling Hit-Boy-produced track “Murderer.”

“There was even people that aren’t on the soundtrack — Cordae, Joey Bada$$ — people that were there, ready to do things, [but] there’s only so many songs you can put in,” Elderkin explains. “I’m so grateful to have all the artists that I’m friends with and some that I’ve worked with creating something for the film that was real special and touching. I wanted that music to emulate, feel like LA or feel like what the youth would be feeling or wanting to hear from each scene.”

When Guillory wrote the script 15 years ago, he had one distinct album that’s colorfully inked around his arm act as his personal writing soundtrack: Miles Davis’ 1970 double album Bitches Brew.

“That’s what I wrote Gully to, that album. That is the only thing I listened to when I wrote that. I wasn’t listening to hip-hop. It was bumping out in the street. So I could definitely dig what Daniel [Heath] was doing,” Guillory says, explaining how crosscutting the hip-hop and classical elements of the music in Gully ran parallel to the script. “The juxtaposition is very important. Even when we have a moment where Calvin [Latimore] and them are talking feel like iambic pentameter, taking an animated character and giving them what I call heightened language in certain moments juxtaposed to what you would normally hear in the ‘hood.”

Guillory’s upbringing in the South Park neighborhood of Houston and experience living in Morningside in South Central LA at the time of writing Gully in 2006 shaped the story and told it from the point-of-view of its intended audience: kids living in rough neighborhoods “mired in poverty and low expectations” who aren’t involved in gangs, drugs or anything else stereotypically depicted in the “‘hood narrative.” And with Nabil’s music video work reaching the same people, paired with his ability to naturally blend in the elements of their East 43rd Street and South Avalon Boulevard shooting location, Gully became a product of the people, by the people, for the people.

“The cool thing with Nabil’s visuals, just with the music video stuff, he was tapped into the same demographic too. So we were both creating content for the same demographic. It wasn’t a hard reach for us to figure out what they would wear, what they would say, what they would be doing,” adds Guillory. “But you know what was cool for me? Man, the people that I wrote it for, the people that Nabil shot it for, they get it. And I feel so good about that…. I’ve been getting hit up, like my dudes in Houston was like, ‘Kids was sneaking in [to see Gully].’ Yeah, that’s for y’all.”

Gully is currently out in theaters and on demand. All proceeds from the film’s merchandise will be donated to Surf Bus Foundation, which empowers inner-city youth to have a healing connection to the sea.