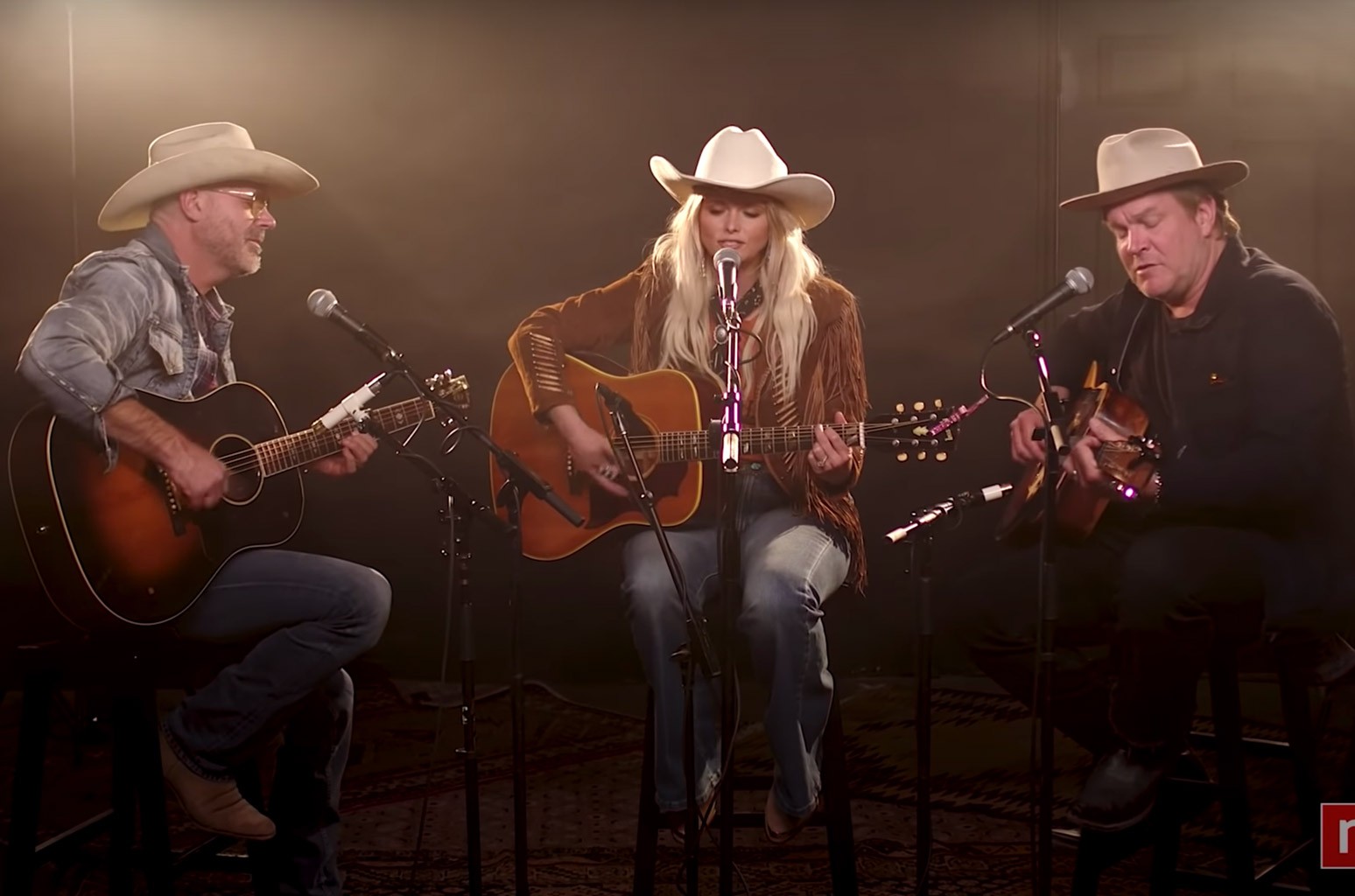 Songwriters Miranda Lambert, Jack Ingram and Jon Randall fired up their acoustic guitars for an unplugged edition of NPR’s Tiny Desk (Home) Concert on Monday (June 21). The trio — who spent a week of quarantine recording the intimate album The Marfa Tapes — stripped their set all the way down, opting for spare lighting, tall stools, a white cowboy hat for each and a desk off in the corner.

The set opens with one of the album’s most longing tracks, “Waxahachie,” on which Lambert sings, “Nobody ever left New Orleans as mad as I was/ I wrote a lipstick letter on the mirror with a bourbon buzz/ You were right, it got about as bad as it gets/ I’m not lookin’ for a turn around temple on the rumble strip/ Waxahachie, are you still on 35?/ Are you still an all-night drive from Louisiana?” with both men adding backing vocals on the chorus.

Prefacing the second track, Lambert jokes that the group is going to slide into their “award-winning” song “Tin Man,” which appeared on her acclaimed 2016 album The Weight of These Wings and snagged the ACM Song of the Year prize in 2018. The whole thing feels like dipping into a late-night jam session with some dusty troubadours who happen to sing in perfect three-part harmony.

The concert ends with the first track from the 15-song Marfa album, “In His Arms,” a lament about always searching the guy whose arms you’re not in. “Is he praying for rain out in West Texas?/ Is he lost in the Marfa lights?/ Is he out there looking for me?/ Wishing I was in his arms tonightI wish I was in his arms tonight,” Lambert sings on the wistful tune from the collection recorded with producer-engineer Brandon Bell in the remote Texas town in the title.