Microsoft: the buyout of Bethesda validated, exclusions to come on Xbox and PC 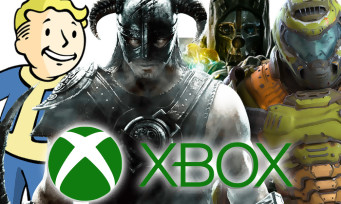 Formalized last September, the takeover of Bethesda Softworks by Microsoft is now validated. This is indeed what Phil Spencer announces through an official press release, where it is recalled that this transaction allows the Redmond firm to get its hands on no less than eight studios: Bethesda Game Studios, id Software, ZeniMax Online Studios, Arkane, MachineGames, Tango Gameworks, Alpha Dog and Roundhouse Studios.

By taking care to stroke the newcomers in the direction of the hair, the boss of the Xbox branch takes the opportunity to put a little pressure on the competition. “With the arrival of Bethesda Creative Teams, gamers should know that Xbox consoles, PC, and Game Pass will be the best platforms to enjoy new Bethesda games, and some of them in the future. , will be Xbox and PC exclusives“, can we read.

Before adding a little further: “PTo celebrate this special moment in the right way, we’ll be adding more Bethesda games to the Xbox Game Pass catalog starting this week.“In addition, even if he had already underlined it a few months ago, Phil Spencer emphasizes that this acquisition will not change the philosophy of the Bethesda Softworks team in any way.”IIt is vital that Bethesda teams can continue to develop games the way they always have“, he emphasizes.

Recently, we learned that unannounced games could be released in 2021 at Microsoft. The two names that come up most often are Forza Horizon 5 and Wolfenstein 3.