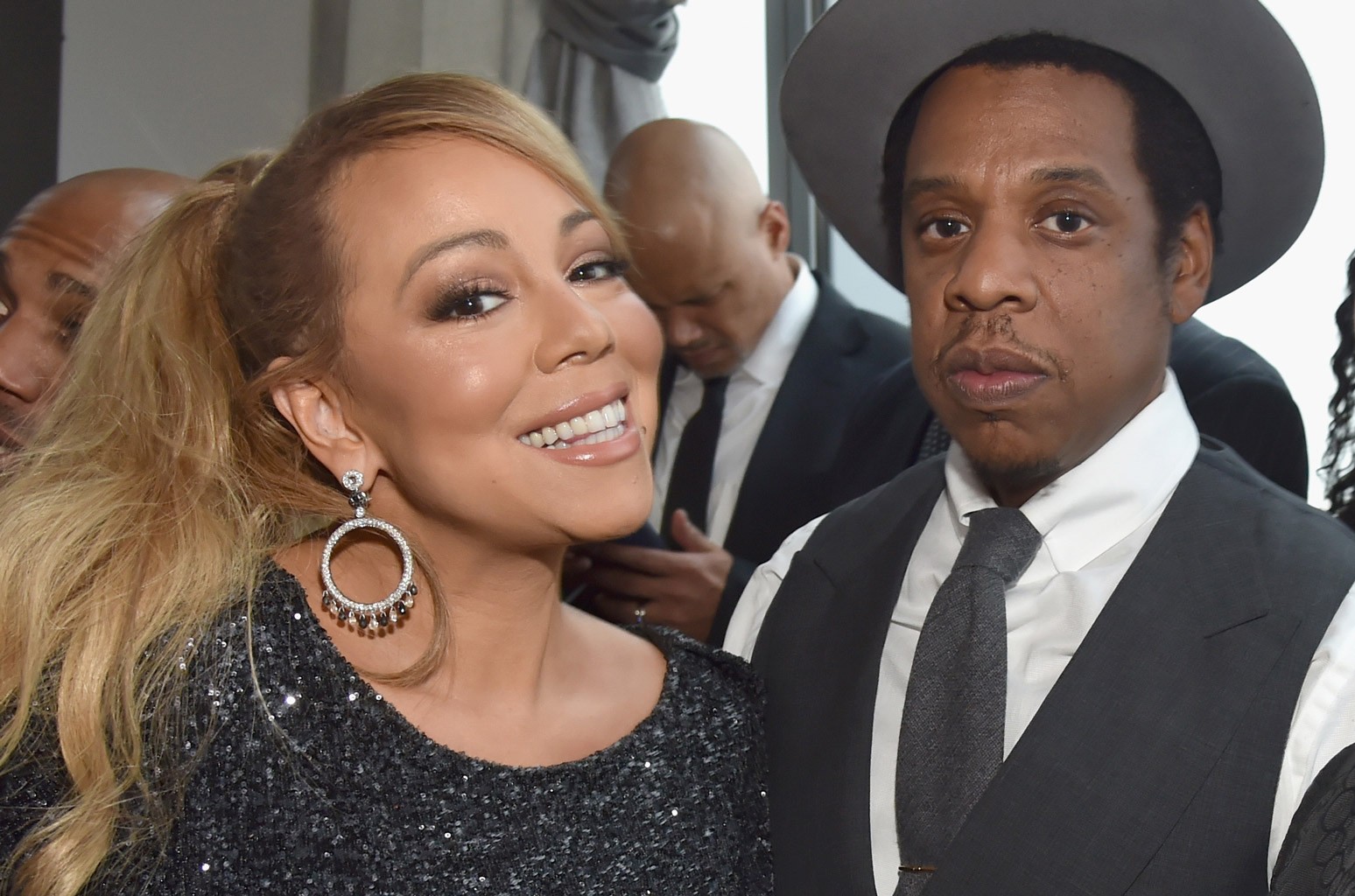 Jay-Z got 99 problems, and Mariah Carey ain’t one. And she’s very vocal about it following rumors of their “explosive meeting” that resulted in her ditching his management company, Roc Nation.

British tabloid The Sun published a report on Friday in which a source claimed the hitmakers “had an explosive meeting” that led to her leaving Roc Nation, which she signed to in November 2017 after firing her former manager Stella Bulochnikov, and a “heavily R&B-influenced album” and world tour were in the works.

But on Monday (June 7), Mimi set the record straight while reminding people of one of her and Jay-Z’s most popular records, “Heartbreaker,” which topped the Billboard Hot 100 in 1999.”The only ‘explosive’ situation I’d ever ‘get into’ with Hov is a creative tangent, such as our #1 song ‘Heartbreaker’!!” she wrote on her socials with a 45-second snippet of their music video. “To the people who make up these lies I say ‘Poof! –Vamoose, sonofa*****’!'”

“Heartbreaker” isn’t the only hit Mimi and Hov have together: She lent her vocals to “Things That U Do” from his third studio album ​Vol. 3… Life & Times Of S. Carter. Three years later in 2002, MC tapped Jay-Z and Freeway on “You Got Me” from her ninth studio album, Charmbracelet, and they linked back up with Jeezy on the official remix of her Hot 100 No. 2 hit “Shake It Off” in 2005.

Since signing to Roc Nation, Carey has released her 30th anniversary album The Rarities, her best-selling memoir The Meaning of Mariah Carey, and her AppleTV+ Christmas special Mariah Carey’s Magical Christmas Special. Roc Nation boasts a stacked artist roster of Alicia Keys, Rihanna, DJ Khaled, Christina Aguilera, Normani, Moneybagg Yo, The-Dream, and more on its website, where Carey’s name is not found.

Read Mimi’s clapback and relive her and Hov’s “Heartbreaker” hit below.