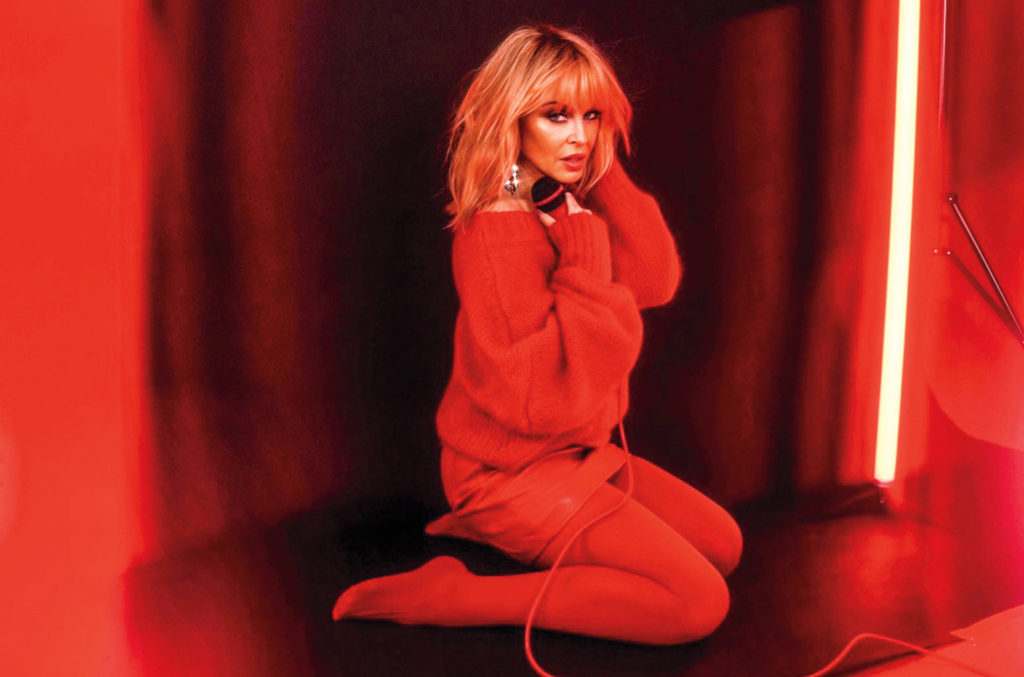 Just in time for the weekend, Lady Gaga unveiled the latest artist slated to appear on her upcoming 10th anniversary special edition of Born This Way. The reveal came in the form of Kylie Minogue‘s propulsive cover of “Marry the Night,” which dropped on Friday morning (June 11) like an exploding disco ball from the heavens.

Minogue, a long-time LGBTQIA+ advocate will take her place on the reimagined album due out on June 25th via Interscope alongside the other two artists who’ve been uncovered so far, Big Freedia (“Judas“) and masked country singer Orville Peck (“Born This Way (The Country Road Version)”); in addition to the six new cover versions of songs by artists representing and advocating for the LGBTQIA+ community, the collection will also feature the original 14-track landmark album in full.

Little Monsters are still waiting to find out who will cover “Highway Unicorn (Road to Love),” “Yoü and I” and “The Edge of Glory.” Gaga recently teamed up with Versace for a colorful capsule collection celebrating Pride Month and the BTW anniversary, with a portion of the sales from the collection benefitting Gaga’s Born This Way Foundation. The Foundation is also working with New York and Youth Pride to send good and monetary donations as well as notes of kindness to LGBTQIA+ centers across the United States to assist in their Pride celebrations.

Listen to Minogue’s cover of “Marry the Night” below.