Guilty Gear Strive: I-No is the last character of the launch roster, here is his gameplay 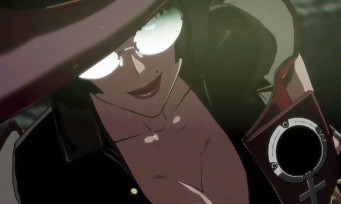 We finally know the last character of the launch roster of Guilty Gear Strive, and it’s no more and no less than I-No, recognizable among a thousand with his large hat on his head and his red leather outfit which inevitably catches the eye. Once the big boss of Guilty Gear XX, she is now one of the starting fighters who combine fire and musical instruments since she never leaves her electric guitar. A gameplay trailer has been released to sing her praises and find that sometimes it takes two to try to make her flex. The Guilty Gear Strive release date is set for April 9, 2021 on PC, PS4 and PS5.