Gears 6: the game would not be presented at E3 2021, Microsoft too busy with other things 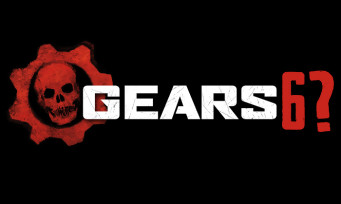 Last november, we learned that The Coalition was recruiting for a new game, obviously suggesting a probable Gears 6. Enough to titillate a whole community which, however, could well have to take its trouble patiently to believe the recent statement of Jeff Grubb: the Famous VentureBeats reporter, known to be a fairly reliable insider, confessed in his podcast that Gears 6 is unlikely to be announced at E3 2021.

(Jeff Grubb) Gears 6 will not be shown at this year’s E3. They’re have too much going on. 👀🤔 pic.twitter.com/oS0AdB6Ulw

The reason ? “Microsoft has too much to do” currently, preferring to postpone the announcement of the project until later. Moreover, note that the said project is not guaranteed to be Gears 6: there are many rumors of a new franchise or an alliance with The Initiative, a new Microsoft studio, to work on the multiplayer of the new Perfect Dark. Time will tell…