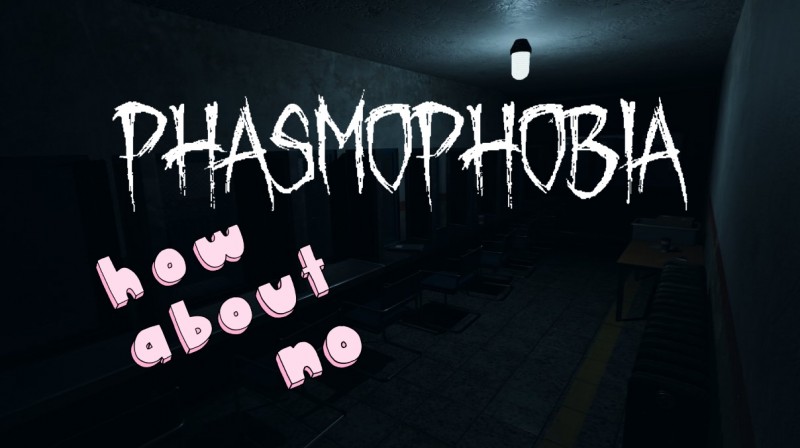 We first learned that a new Phasmophobia prison level was on the way last week and now we’ve got our first look at what the new area will have to offer. In our original coverage, courtesy of yours truly — the resident scaredy-cat, we noted that a prison level sounds absolutely terrifying, even rivaling that of the asylum. Based on the new screenshots shared, it seems like we were right on the money with those first impressions.

The Phasmophobia team took to the game’s Twitter to share three new screenshots, including the bonus shot of what the cell blocks look like. Yup, creepy, and looks like a big pile of NOPE from me:

Bonus? The cell block(s) are being worked on as we speak. #Phasmophobia pic.twitter.com/ZXYj7t49W7

As previously mentioned in past coverage, a prison level is the natural next step for a game like Phasmophobia. Currently, there is a farmhouse, a few ‘modern’ houses, an abandoned high school, and an asylum. The asylum sounds scarier than it actually is, especially with the screams that you’ll hear when walking through its halls, but more often than not you won’t find any actual ghosts. The high school, however, is a cesspit of evil and I hate it, and I want it to burn.

Phasmophobia first made its debut back in September and hit an incredible level of popularity just before Halloween. While the graphics are pretty dated (though honestly, it almost adds to the enjoyment with how silly the glitches can sometimes be), the co-op ghost hunting setup makes it fun to not only play, but to watch others play on platforms like Twitch. There’s also a VR version of it, but we choose life.

In the video at the top of the article, you can we here at Game Informer dig the horror journey, but we’re not exactly the most cool calm and collected when playing. While I don’t think Alex and I have a future in professional ghost hunting, Dan Tack was there to be the legend we needed through it all.

We don’t know when the new prison level will be joining the game officially, but it looks like it is coming soon. What do you think about the latest level to be making its way into Phasmophobia? If you could create your dream level, what would it be? Sound off with those terrifying thought nuggets in the comment section below!