DualSense Drift: Sony targeted by a class-action for its PS5, justice seized 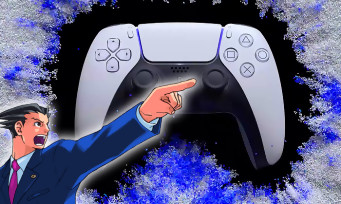 A little less than a week ago, we wondered whether the PS5 was not taking the direction of the Nintendo Switch and its famous Joy-Con Drift? Well, after many problems have been pointed out by a number of users, a first class-action has just been launched (on February 12, 2021 to be precise) in the United States by the firm Chimicles Schwartz Kriner & Donaldson-Smith (CSK & D). This is neither more nor less than the same firm which brought the Joy-Con Drift case to court a few years ago, and which accuses Sony of “unfair, deceptive and / or fraudulent commercial practices”, all specifying that the DualSense is a defective device. It is Lmarc Turner, a resident of Virginia, who is considered to be the main complainant and who accuses Sony of being aware of the existence of the problem since other complaints have already been filed online. but that reports before the release of the PS5 had pointed out the same fault issue. Remember that this technical problem, called “Drift”, causes a character to move on the screen without the joystick being requested. A technical problem that generally comes from the left analog stick, without any solution that may exist to repair the error.

For the moment, Sony offers two solutions to consumers that they consider insufficient: contact the after-sales service of PlayStation or return the controller directly for repair at the expense of the complainant. It is also pointed out that Sony is doing nothing to extend the warranty or to think about compensating customers who are forced to pay out of pocket for the return of equipment for repair. This is one of the reasons why Lmarc Turner seeks damages for the damage suffered as well as a public injunction against Sony. Suddenly, other plaintiffs joined the movement operated by Lmarc Turner, and we can already observe a hundred people having contacted the firm Chimicles Schwartz Kriner & Donaldson-Smith following the opening of the investigation. The class action is therefore well and truly launched and Sony will therefore find itself in court, like Nintendo with its Joy-Con Drift.