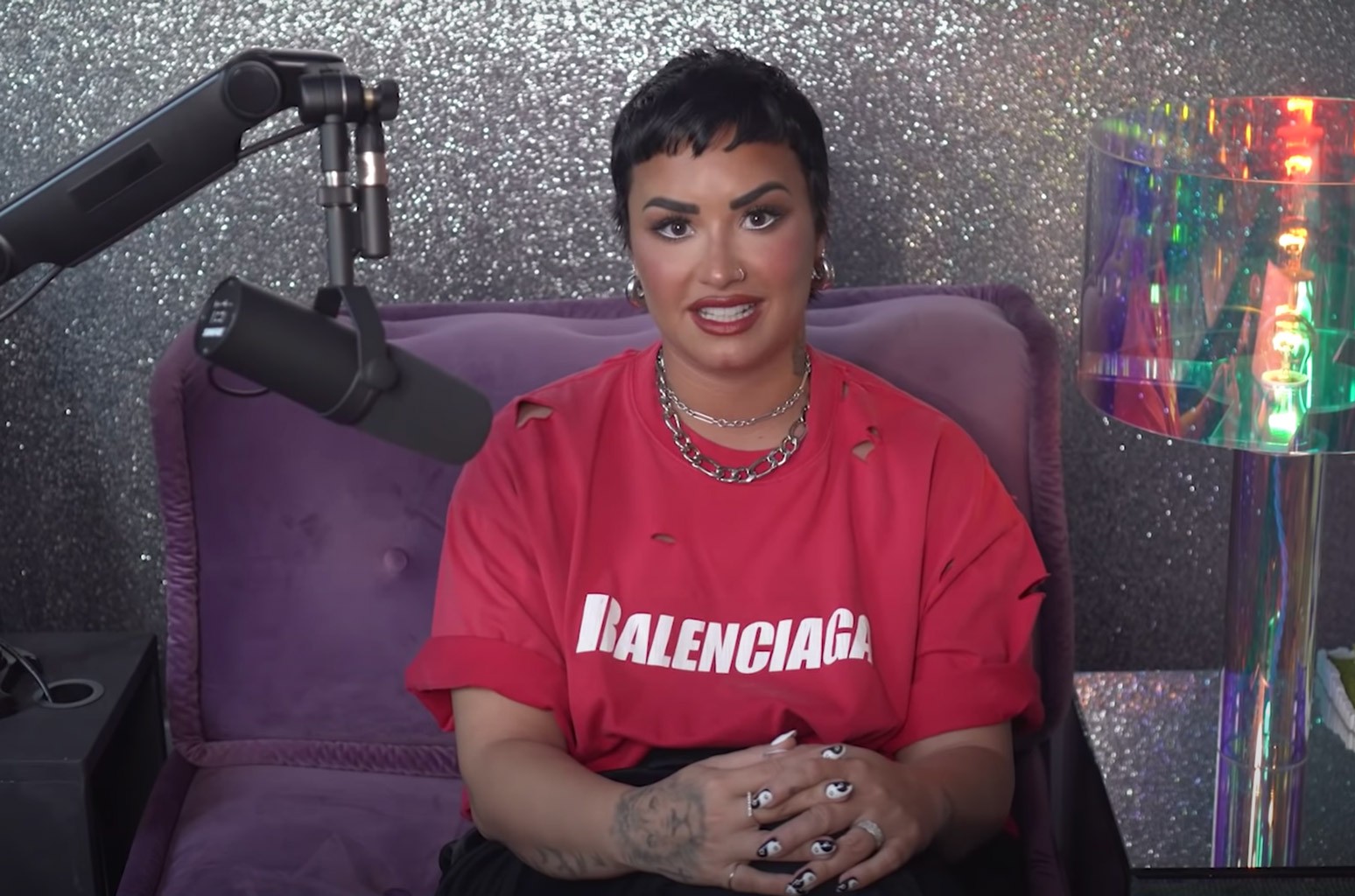 Demi Lovato opens up about how living their truth as a non-binary person has made their music better and more authentic. But they once worried about the negative impact on their career if they didn’t have a certain “super sexy hyper-feminine pop star” look.

The Dancing With the Devil artist spoke with professional boxer Patricio Manuel, who made history in 2018 by becoming the first transgender boxer to fight professionally in the U.S., on Wednesday’s (June 9) episode of the 4D With Demi Lovato podcast.

“I knew who I was without anyone telling me,” Manuel said about his “odyssey of gender,” recalling going from an all-girls school back to a co-ed school and not knowing how to interact with boys. He said his discovery of boxing led him to think, “OK, maybe if I can’t become a man, I’ll be comfortable with being masculine.”

Lovato, who used to train in boxing, also felt the sport helped them embrace their masculinity more. For Glamour‘s April 2021 cover, Lovato opened up about how switching up their hair over the last year — from a blonde half-buzzed cut in November to a hot pink makeover in January — represented how the 28-year-old singer was slowly breaking out of the pristine heteronormative pop star mold they had been in for a decade.

“I was so afraid at times of what my career would look like if I wasn’t that super sexy hyper-feminine pop star,” the “Sorry Not Sorry” singer explained. “My career doesn’t matter as much to me now as it does living my truth.”

After being in the music industry for more than 10 years, Lovato feels that embracing their truth and living it out more has impacted their art for the better, despite Lovato’s fears that their truth would hold them back.

“I know what it’s like to have your dream feel like it can hold you back, but it’s quite the opposite. Now that I am living my truth, my art has just become that much greater because my art is a reflection of who I am,” they said. “So now that I’m able to be more transparent with the world in who I am, they can see my art better, and they hear it better.”