Cyberpunk 2077: the amount of bosses’ bonuses revealed, it will make people envious … 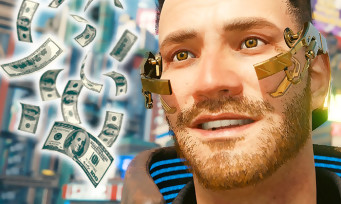 The history and controversy surrounding the launch of Cyberpunk 2077 is now a textbook case, no need to go over it. If the title developed by CD Projekt Red did not live up to its promises, that did not prevent it from selling like hot cakes. Eight million pre-orders, 13.7 million copies sold as of the fixed date of December 31, 2020 and only 30,000 copies refunded by the studio (figures which therefore do not include the refund from Sony or Microsoft), you might as well say that commercially speaking, the game is a worldwide success. We also remember that during the first weeks of controversy, the leaders of CD Projekt Red had certified on the honor to pay all the bonuses to its employees regardless of the score obtained on Metacritic. Obviously, the sum of these amounts had not been communicated at all, which is quite normal. 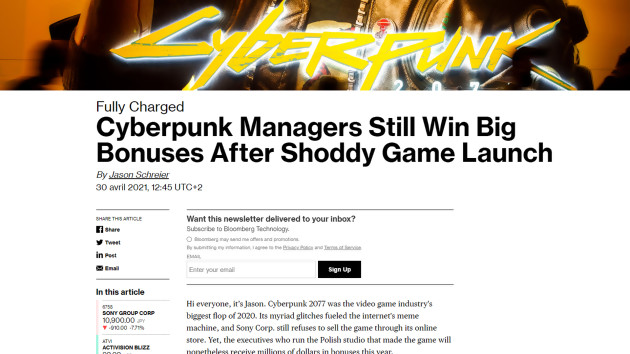 But that was without counting the indicretions of Jason Schreier, the Bloomberg journalist, who split an article to give all the details of the bonuses obtained by the Polish studio. And what emerges above all is that the main leaders left with a nice jackpot. We learn that Cyberpunk 2077 sales have enabled the studio to obtain the sum of $ 29.8 million in bonuses and bonuses, to be distributed among the studio, and its some 865 employees who participated in the development of the game. Of course, the amount of these bonuses differ according to the grade and a so-called “lambda” employee will not receive as much as a project manager, for example. In this distribution, the average bonus is $ 34,000 per person according to Jason Schreier, who explains that a typical employee will receive between $ 5,000 and $ 8,000 in bonuses against $ 15,000 to $ 20,000 for a manager. 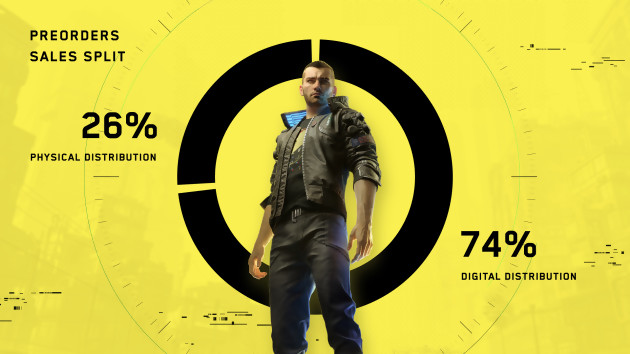 On the other hand, with regard to the leaders, it is another story, since according to the Bloomberg paper, an additional envelope of 28 million dollars has been released for the 5 members of the board of directors. Macin Iwiński and Adam Kiciński, the two co-CEOs of CD Projekt Red have received a jackpot of 24 million Zloty, which is equivalent to 6.3 million dollars per head. As for Adam Badowski, one of the other pundits of the Polish studio received the tidy sum of 4.2 million dollars. If it is astronomical sums, know that they could have received even more money if the share price had not collapsed by 57% at the time of the bad buzz. Contacted by our English colleagues from Eurogamer, Adam Kiciński declared that these sums are not abnormal and that half of the sum goes to the board of directors, as it had been planned from the start. Obviously, with all the media hype around the game, such large sums can shock the general public.

According to Jason Schreier, some employees expected to receive a larger sum, specifying that if Cyberpunk 2077 had been better billed and thus avoid the bad buzz, sales would have been higher and their premiums too. However, it should be noted that one of the employees of CD Projekt Red insisted on the fact that the leaders had made an effort by reassessing the salaries of the employees who were at the bottom of the salary scale. Which is pretty good news.