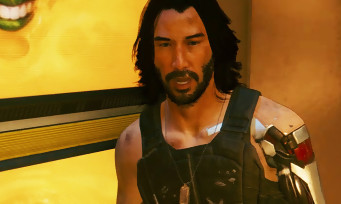 Did you think Cyberpunk 2077 was over? This was without counting on the intervention of the Polish Competition and Consumer Protection Office (UOKiK) which in turn decided to take an interest in the high-profile case of the CD Projekt Red game. The controversy around the PS4 and Xbox One versions had such an important echo that it was the spokesperson for the UOKiK, a certain Małgorzata Cieloch, who directly contacted the Polish studio in order to better understand the problems inherent in the game. and find out what actions have been taken to correct the problems.

We asked CD Projekt Red to explain the issues raised to us, and to detail the actions they wish to take. We are going to check their working methods so that they make the necessary corrections and resolve the problems that prevent the game from running properly on the various consoles on the market. Finally, we will ask them what are the solutions they have considered to deal with the dissatisfaction of consumers dissatisfied with their purchase, and who have complained to the publisher.

UOKiK is taking the matter very seriously and a lawyer by the name of Dominik Jędrzejko explained the penalties that developers can receive in the event of non-collaboration and respect for the consumer, namely a heavy fine that requires up to ‘to 10% of CD Projekt Red’s revenues on game sales. According to the lawyer, the reimbursement method put in place by CD Projekt Red with Sony and Microsoft may not be sufficient to prevent CD Projekt from being charged unfair trade practices. On paper, the UOKiK can impose a fine of up to 10% of the producer’s income. As much to say to you that CD Projekt Red is far from having seen the end of the tunnel and one thinks strongly of the teams which must cruncher as heavily as the last months before the release of the game to put the game back on track.